The 2019 ICC Cricket World Cup will get underway on the 30th of May, and run until the 14th of June. For cricket fans and sports betting enthusiasts this is certainly one of the highlights of the sporting calendar. England and Wales will be hosting the event this year, and if you are keen to bet on the action, take a look at what we have to say before you put your money down.

History of the World Cup

Since then, the tournament has been played in Australia/New Zealand, South Africa, the West Indies, India/Pakistan and Sri Lanka. In the current format, the host country automatically qualifies for the event. 2019 will be the 12th edition of the Cup, and will be held in stadiums around England and Wales.

The Cricket World Cup is open to all members of the International Cricket Council (ICC). In previous years, all test-playing nations automatically qualified for the event, while the remaining teams qualified by playing in a qualifying tournament held the year before. Since the last World Cup in 2015, Afghanistan and Ireland have joined the 10 test-playing nations, but neither gained automatic qualification for the World Cup this year. As it turns out, Afghanistan won the qualifier tournament and qualified along with the West Indies to join 8 other teams.

The event itself will have a simple Round Robin format where each of the 10 teams will play each other once in a single group. Teams will earn points for a win, a draw or a loss. At the end of the preliminary rounds, the 4 teams with the most points will move on to the semi-finals, and the last 2 teams in the running will make it to the final.

Why There are Only 10 Teams?

In previous years, there have been up to 14 teams competing in the World Cup. The decision to decrease the number of teams has been on the cards for a few years now. The idea is that the inclusion of smaller “minnow” teams would dilute the competition, and make for less exciting matches. This move has garnered sharp criticism from the world press, as well as many of the smaller Cricket-playing nations.

Who’s Playing in the World Cup?

The 10 teams that will play in the ICC Cricket World Cup are as follows:

All teams, with the exception of South Africa and Afghanistan, have played every single World Cup. South Africa was allowed to join in 1992, while Afghanistan made their first appearance in 2015. To date, Australia is the most successful team, having won 5 out of the 11 Cups so far. India has won twice, the West Indies has won twice, and Pakistan has won only once. England has reached the final many times, but failed to win, becoming runners up in 1979, 1987 and 1992.

According to the ICC rankings, India is the number 1 ranked team in the world at the moment. They are followed by New Zealand, South Africa, Australia and England. Since England is hosting the event, they are the clear favourites to win, even though they have never lifted the trophy. The main reason is because the Brits will be far more familiar with the grounds and the pitches in the UK, while the Southern Hemisphere teams will be used to firmer, faster surfaces. The English pitches are slower and flatter, and generally lend themselves to big batting performances. There is also the fact that England will have the home crowd behind them, which may boost their performance. The underdogs for the competition are Afghanistan, who have shown promise in previous games, but have issues with consistency.

Our Predictions and Where to Bet

India are masters of the ODI format and have been playing exceptionally well these past few months. They would be a good pick for the title, along with Australia who seems to come into their own whenever a World Cup is at stake. England is also in the running, and can produce some brilliant performances, especially when the crowd is behind them and they have the home ground advantage. We must not rule out South Africa either, who are one of the best teams in the world, although they seem to lack confidence in Cup situations.

If you want to get in on the betting action, the key is to find the best bookmakers that are covering the event. We suggest Betway Sports, 21Bet, Mansion Bet and Expekt, as each one of these sportsbooks offers a wide range of Cricket betting markets and the best odds online. 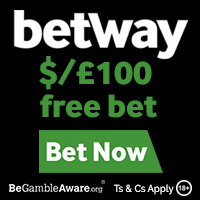 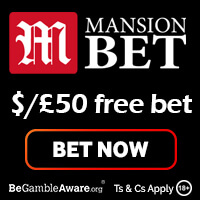