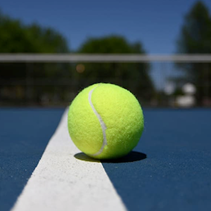 Croatian tennis star Ana Konjuh on Sunday boosted her chances of competing in her first Grand Slam in more than two years. Konjuh beat fourth seed Anna-Lena Friedsam 6-2, 6-7, 6-4, in a victory that saw her grab a spot in the second qualifying round. The former world No. 20 joined Sara Errani, Timea Babos, and US Open quarterfinalist Tsvetana Pironkava, all official second qualifying round contenders.

Konjuh Has Sights On Top 20

Currently ranked No. 476, the 23-year-old is finally back on track for Top 20 contention. A year before her 2018 Wimbledon appearance, Konjuh made it all the way to the fourth round at the All England Club – which, in turn, had been only a year on from a 2016 US Open quarter-final run.

Konjuh, who secured a wild card entry into the qualifying rounds for the upcoming 2021 Australia Open, thanked organiser Craig Tiley and team for the opportunity to compete again, saying that after more than a year and a half away from the game due to injury, it felt great to be back. She also said that her entire perspective had been changed by everything that had happened over the last couple of years, and that though still young, she didn’t actually feel it at all. The road back has been frustrating and hard, said the Croatian.

AO To Go Ahead As Planned

Several AO players have in the meantime expressed their frustration with the rules of managed isolation after the cluster of positive cases grew to the 9 over the weekend. Of the 9 confirmed positive cases, at least one has been confirmed to be a player, and another a coach.

Organisers have however insisted that despite the disruptions and concerns over playing after 14 days locked up in a hotel room and no training, the event would go ahead as planned. Some 72 players are now stuck inside their Melbourne hotel rooms after travelling on three of roughly fifteen chartered flights carrying 1,200 players and staff.

Players affected include top seeds Angelique Kerber, Victoria Azarenka, Heather Watson, Kei Nishikori, and Sloane Stephens. Local authorities have rejected a call from world No. 1 Novak Djokovic for a relaxation of some of the isolation restrictions.