AO Organisers Banking On A Miracle 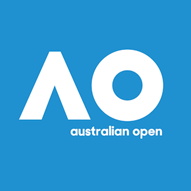 This year’s Australian Open is in need of a small miracle if it is to go off without a major hitch. This according to AO top boss Craig Tiley, who earlier this week told a prominent tennis broadcaster that although the organisers of this year’s event are giving pulling off a successful event a good go, getting a successful hold on the logistics has been – and remains to be – no small feat.

With the tournament now pushed back to February 8, and players facing stricter measures compared to last year’s French and U.S. Opens, the circumstances surrounding this year’s competition are by no means ideal. But though the rules are definitely harsh, said defending Australian Open champion Sofia Kenin in response to the latest restrictions, it’s for the protection of and in the best interests of everyone involved.

Players competing in this year’s event will not only have to spend up to 19 hours a day confined to their pre-allocated hotel rooms, but also face the threat of sanctions, fines, and other dire consequences in the event that any of the rules are found to have been breached.

These are the very restrictions rumoured to be the real reason behind six-time AO champion Roger Federer’s decision to withdraw, which withdrawal has greatly affected the very pulling power of the event. According to Andre Sa, who is the Head of Player Liaison for Tennis Australia, fitness concerns did play a major role in the Grand Slam ace’s decision to withdraw, but so too did wife Mirka’s decision not to subject the couple’s four young children to at least two weeks confined within the walls of a Melbourne hotel room.

Another major recent withdrawal is that of American tennis star John Isner, who on Monday night after falling to Sebastian Korda at the Delray Beach Open announced that he would not be competing in this year’s Australian Open.

The 35-year-old, who is a father of two, not unlike Federer, cited having to travel without his family as the main reason behind his decision to “stay home”. Isner, though reiterating his commitment to the sport, said his family came first, and that right now they were his main priority.

Isner has twice before reached the round of 16 at the Australian Open, but has never managed to go beyond