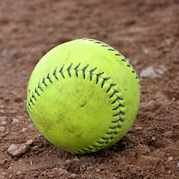 Mark Appel loves baseball. And he has no expectation about making a possible return other than personal improvement.

Appel left the world of baseball in January 2018. A painful right shoulder was likely the final blow after he had for five seasons long battled injuries and other struggles in the Minor Leagues with the Phillies and the Astros. Not only did he suffer under the burden of injuries, but also under the even heavier-cross-to-carry that had been him being named the first-overall pick by Houston in the 2013 Draft.

And if being named first pick sounds like not so raw a deal, then consider being one of only three first-overall picks in the history of the sport not to graduate into the big leagues. The other two non-major events were Steven Chilcott (1966, the Mets) and Brien Taylor (1991, the Yankees).

But Appel is back – or at least he’s hoping to be.

On Monday afternoon he told reporters during a Zoom call that he’s finally made peace with who he is as a person and as a player. The 29-year-old told reporters how baseball was a game very much focused on the youngest. It’s always the youngest player to have done this or that, and according to Appel, none of those things matter to him anymore. He only wants to play for the actual love of the game.

If his time away had given him anything, it would have to be a healthier perspective on what it means to be a player. After suffering through surgery to his right shoulder in October 2018, he eventually started throwing the baseball again. After visiting Driveline outside Seattle shortly after, definite rumblings had started to emerge regarding a possible comeback alongside the Phillies.

But Appel says he needed more time to decide.

It’s All About The Pitch

If the time away did nothing for only a single aspect, then that would have been his desire to pitch. The desire to pitch is the one thing Appel says never faded away.

As for what the future may or may not hold, Appel says a win for the 2021 season would simply be being able to play intentionally and with focus – without constantly worrying about how to stay healthy and injury-free.

Even if he doesn’t this year make it all the way into the big leagues, he’d still be happy if things were to go great on the pitch.

Because pitching is everything Appel has ever wanted to do.