The Future Of Toronto Argonauts In Question 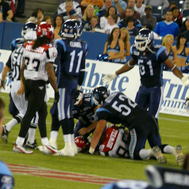 Partnership talks with the XFL have ceased, and the CFL has its sights set firmly on a return to play, while training camps will open on Friday. A season comprising of 14 games is scheduled to start on 5 August. While the return of CFL football after the cancellation of last year’s season is an exciting prospect, it is a distraction from another one of the league’s greatest uncertainties: the future of the Toronto Argonauts.

Recently, there have been suggestions within the industry that the CFL should change its business model so as to adopt revenue-sharing in order to help franchises that may be struggling. However, a bigger focus needs to be placed on how much money is really available to be split up, especially as all parties are still trying to recover from the effects of the global health crisis. Last year alone, the three community-based teams own by the CFL lost a combined total of $21.5 million.

Some officials have been quick to suggest that the CFL actually already operates some kind of revenue sharing. This is because the nine teams that fall under the umbrella of the CFL split up all of the money generated from the organisation’s broadcast agreement with TSN equally. Shortly after the league was forced to cancel last season’s plans, suggestions for revenue sharing were back on the table as it looked as though the business model would have needed to change.

CFL Ends Talks With the XFL

On Wednesday, the CFL announced that it had officially ended talks with the XFL. This was a significant step as league sources have repeatedly suggested that MLSE has been a driving force for collaboration with the spring league based in America for a long while.

Within the Canadian League’s status quo, it is estimated that annual losses amounted to $12 million. This potential partnership could have helped to establish a new structure that could improve fortunes for the football entity. These sources have all been granted anonymity due to the fact that neither MLSE or the CEL has, to date, provided insight into the exact nature of their talks with the XFL.

Bet on football matches online. Sign up with a trusted sportsbook!