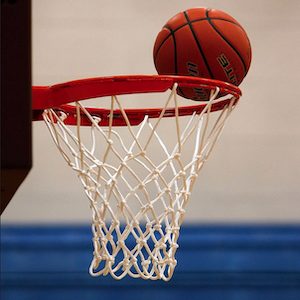 In an unexpected move, Australia’s basketball team has beaten a star-studded US NBA team. This is only the second time that this has ever happened, and it just happened to be in a game slated to be a warmup for the Tokyo Olympics. In the later minutes of the fourth quarter, the Aussies went on a golden run, with Patty Mills leading the team to a victory of 91 to 83. This victory has sent a message to basketball fans across the world: the Australian team is a worthy challenger for the gold medal in Tokyo.

The game between Australia and the US was undoubtedly a close one. With just five minutes of playing time left, the score was tied at 80 each. However, once Mills stepped up, he went on to boost his team’s score and completed the game with an impressive total of 22 points.

The only worry that the Australian basketball team encountered in an otherwise proud day was an injury endured early on in the game. Boomers Centre Aron Baynes unfortunately suffered quite a painful setback. He collided with Bradley Beal and fell over clutching his right knee. Following this collision, Baynes was not able to return for the rest of the game.

This injury has raised some concerns for the Australian team as it heads into the Olympics in Tokyo, scheduled to start in the last week of this month. Following Tuesday’s win, Australian basketball players went into a spin. This victory came just a few days after Mills was able to once again lead his team to victory over Argentina, which is currently ranked fourth in the world.

Australia’s most recent victory marked the second Team USA loss just days away from the official kick-off of the Tokyo Olympics. Just this past weekend, the team also lost whilst playing against Nigeria.

Although Team USA is currently facing serious questions about its ability to dominate at the Olympics, its stand-out players include Kevin Durant, Bradley Beal and Damian Lillard. Australia’s Boomers have previously defeated Team USA in 2019, meaning that the Aussies can claim two wins over the US in as many years.

Rob Perez, an NBA commentator, labelled Team USA’s offence as “embarrassing”. This came after the team was unable to find any alternatives to Lillard’s long-range bombs against the Boomers. Several other sports commentators voiced their support of Perez’s statement.

Love Basketball? Sign up at an online sportsbook and start betting!