Australian Open On Track Despite Hiccups 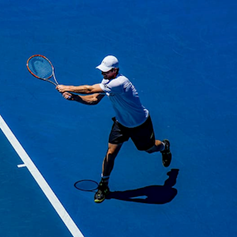 Tennis Australia has once again motioned to reassure the professional tennis world that all plans for the upcoming Australian Open remains on track. This after organisers of the event were forced to forfeit one of its emergency hotel accommodation plans following the sudden cancellation of an agreement to host players at Melbourne’s The Westin Hotel in Collins Street.

According to reports ran earlier this week by several local news publications, the owners of 36 privately owned penthouses forming part of The Westin Melbourne had threatened Tennis Australia with a Supreme Court injunction over the intended housing of the global tennis fraternity at the hotel. According to the penthouse owners, many of whom reside permanently in The Westin, they were never properly consulted regarding the accommodation the hotel intended on offering to Tennis Australia and are concerned about the possible health risk posed by such an arrangement to them as well as to the larger community.

According to the initial plan, all international participants in the upcoming event would have spent a total of 14 days in quarantine at the famous Melbourne hotel. Players would have been permitted to leave the premises of the hotel for a single daily block of five hours of practice and treatment only.

The arrangement was reportedly signed off by the Victorian government already on Dec. 18, but penthouse owners now claim they were notified only days later, on Dec. 23. They furthermore claim they never agreed to the plan to host the international athletes for the duration of the event – describing the deal as brazenly arrogant and an ambush. The 2021 Australian Open is set to get underway on February 8, with players arriving in Melbourne from as early as January 15.

Tennis Australia tournament boss Craig Tiley has in the meantime confirmed that alternative lodging would be set up without delay. This information has reportedly been seconded by Victoria Police Minister Lisa Neville.

Tiley has also confirmed that there had been several delays with the finalisation of flight details for some of the international players due to compete in this year’s event. He however pledged that organisers were doing everything in their power to get everyone to Melbourne on time.

Tickets are currently being sold to fill the venue to roughly 35% of its normal fan capacity.