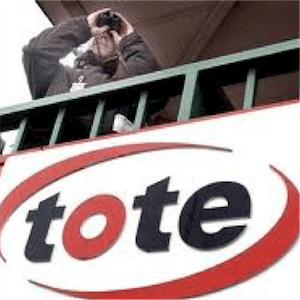 British bookmaker Betfred and the Alizeti consortium have entered into a new agreement worth £150 million for fellow UK bookie, the Tote.

According to a recent report by Sky Sports, Alizeti will pay over £20 million for their initial stake in the Tote, with the deal stipulating a possible spend of up to £150 million over the next five years should they decide to take complete ownership of the firm.

Under the terms of the new deal, the Alizeti consortium of racehorse breeders and owners will purchase an initial stake of 25% in the Tote. The group will also retain an additional option to acquire the outstanding 75% stake should they choose to do so.

Bookie Betfred first purchased Tote from the government of Britain back in 2011, paying £265 million for full ownership of the enterprise. The sports betting specialist was previously operated by the state since none other than Sir Winston Churchill established it back in 1928.

Commenting on the deal, CEO of Betfred Fred Done noted that the consortium’s team’s passion for racing and their strong vision for the future of UK Tote betting is impressive to him. It is for that reason that the executive is pleased to join with Alizeti to move the Tote towards the next great era of its long history.

Acknowledging CEO Done’s role in pioneering the Tote, CEO of Alizeti Alex Frost noted that he has achieved impressive things in the betting industry, delivering on his pledges when it comes to racing contributions and securing industry jobs. Frost added that he is very excited about their shared vision for what he termed an ‘iconic brand’ in horseracing, both on a domestic and global scale.

During its time at the core of the Tote, Betfred has given back over £90 million to British horse racing from the initial cost of the purchase alone. Thus, many in the racing industry are now hoping that Alizeti will build on the brand’s reputable legacy.

Emphasising the potential advantages of the deal to UK racing, CEO of the Racehorse Owners Association Charlie Liverton noted that the retention of horse owners in the industry is absolutely crucial to ensuring that the number of animals in training rises. He added that one of the industry’s biggest current challenges is sole owners leaving the industry, and that it is encouraging to see owners and breeders coming together to strengthen Tote for the benefit of all involved in the sport.

His sentiments were agreed upon by Sir Anthony McCoy, 20-time Champion Jockey title winner, who noted that a strong Tote means larger prize pots for punters, and much-needed money being pumped back into the industry.