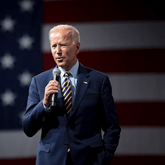 The recent Vice Presidential 2020 U.S. election debate between Mike Pence and Kamala Harris has been declared an odds-win in favour of a Biden administration by the world’s leading bookmakers.

The only in-person debate-meet between the two vice presidential candidates ahead of this year’s U.S. elections saw top presidential rival Joe Biden’s named the solid favourite to lead the United States for the next four years. In fact, Biden has been leading in the polls as well as the betting markets ever since he was named the newest candidate by the Democrats. And suffice to say, his choice in a VP hasn’t hurt his race for the White House.

So impressed were the bookies with Kamala Harris, that Paddy Power, for one, only hours after the debate concluded, plunged their odds on Joe Biden beating Donald Trump to the presidential post in this year’s election to a staggering all-time low of 2/5. What this effectively means in layman’s terms is that Biden now enjoys a 71 per cent predicted possibility in terms of becoming the 46th President of the United States of America.

That Harris’ performance all throughout the election drive; or at least ever since she was named new Vice President of the Democrats in the event of a successful taking of the White House; has helped nudge Biden ever closer in the direction of a favourable outcome, is no state secret. And coupled with a disastrously poor show of leadership by opponent Mike Pence, Biden really could do nothing other but reign victorious on the post-debate odd-lines.

No Fly-Ing Colours For Pence

Biden’s sudden improvement has in the meantime led to catastrophic results for current U.S. President Donald Trump. The current U.S. Number 1 post-debate witnessed his own odds inflate to a sky-high and certainly ominous 15/8 – which of course indicates a chance of only 34 per cent in terms of his winning the elections and another term in office come November.

What did not help Pence’s and Trump’s collective cause either was a proverbial “fly in the ointment” having taken on a devastatingly literal meaning for at least 2 minutes of the heated debate between the two VP-hopefuls. The little louse took his sweet time finding lodging in the Vice President’s mane before eventually taking his leave – much to the disgrace-cum-amusement of audiences the world over.