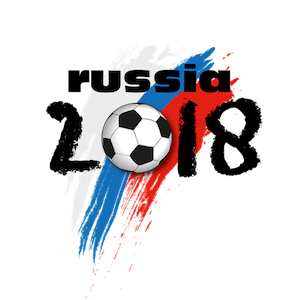 The French may have lifted the trophy, but the UK online betting world is still revelling in the success of the 2018 World Cup. Recently, YouGov, an international data analytics and online market research firm was commissioned to conduct a study into the effect of the 2018 World Cup on the online gambling industry in the United Kingdom. They’ve just revealed the findings, and they make for very interesting reading.

The general excitement of Football fans seems to have made them more likely to place a few wagers, and this extends beyond the Beautiful Game. The surveys conducted showed that many kinds of bets were more frequent during the international contest in Russia.

Residents and full-time workers all indulged, with 14% of the former group and 24% of the latter taking part. Of course, many of these were actually putting money on the World Cup; around 6 million British adults (or 12% of the population) did this in total. The numbers were much more noticeable for online operators; punters were 3 times as likely to punt from home as to visit a traditional bookmaker.

Another key benefit for online sportsbooks is that the World Cup attracted first-time customers. Existing members were not the only ones who were using their services; more than 1 million new gamblers (those wo had not made wagers the previous year) were doing the same.

A dip in revenue is not surprising after the flurry that a massive tournament creates, but some UK betting sites have maintained their client interest and, therefore, their profits. The industry leader GVC Holdings Plc, owner of Coral, Ladbrokes and many other brands, had an 11% boost in quarterly online net gaming revenue just after the final in Moscow, and then a growth of 22% on the same measurement in the second quarter of 2018. Various other operators have repowered similar results.

An Overall Decrease in Land-Based Punts

While there were certainly some FIFA World Cup 2018 wagers placed on the high streets in the United Kingdom, the numbers continue to dwindle. Just as their Internet-based platforms showed growth, GVC Holdings confirmed a decline of 3% in their brick-and-mortar betting shops for the same Net Gaming Revenue indicator.

Wagering in anonymity at home or, with mobile devices, in any private moment, seems to hold much more appeal than doing it in public. The convenience factor, choice and opportunity to do as much research as possible beforehand are also key issues and make it easy to understand why betting sites are the preferred platform.