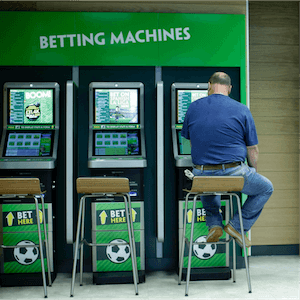 The new Chairman of William Hill recently wrote a letter to British PM Theresa May in a final bid to convince the top lawmaker in the country to soften her stance on the planned crackdown on FOBT betting machines.

Fixed-odds sports betting terminals (FOBTs) have long been a subject of contention in the UK. Now that a clampdown is imminent, bookmakers are making last-ditched attempts to convince the government that restricting them could have dire consequences for all involved. The state completed its review of the UK betting industry late last year, with the controversial gambling machines that generate £1.8 billion per year alone being its primary focus.

MPs suggested that the maximum stakes on FOBTs should be reduced from their current rate of £100 to just £50, £20, or even as low as £2 to protect punters from financial loss. A consultation period was also launched to review the three aforementioned options, and despite numerous delays, in April it was announced that the stakes would be reduced to £2 this year.

William Hill and Betfred Push Back

The final decision was meant to be revealed last week, but reportedly, the Secretary of State for Work and Pensions Esther McVey has begun a protest against the planned FOBT stake clampdown. It is now thought that the stake slash could be officially confirmed by this week.

In his letter to Theresa May, William Hill’s Roger Devlin pleaded for her to change her stance on the matter. He noted that a reduction of FOBT stakes to just £2 could cost the treasury a massive £1 billion, and could also leave 20,000 betting industry employees without jobs as bookmakers would be forced to recoup their losses by slimming down their staff forces.

Managing Director at Betfred, Mark Stebbings, has also reportedly pleaded with the government in a bid to get them to rethink the decision. The industry veteran noted to the Racing Post Saturday that MPs should be aware that the move could force over 4,000 FOBT-offering betting shops to close, and over 20,000 people to lose their jobs through redundancy moves.

William Hill is the UK’s second largest FOBT operator, and Betfred is also among the top operators of the machines in Britain. Revenues from fixed-odds betting machines constitute over a third of William Hill’s overall revenues, and the pending crackdown could cause a mass wave of consolidation in the betting industry as bookies desperately try to remain afloat in the face of a far less profitable FOBT market.