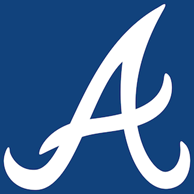 It’s official: playmaker Shane Greene has re-joined the Braves. The MLB franchise has offered the bull-penner an extension of one year, which he has reportedly accepted.

The club made the big announcement regarding Greene’s return on Sunday – along with a confirmation of the value of the $1.5 million resigning. He’ll apparently be banking a prorated portion of the offer, meaning his salary will probably be closer to $1.2 million.

Braves manager Brian Snitker said on the weekend that the reliever proved his worth in his previous role with the team, and that according to the general consensus, he’s not only willing, but also able to do a repeat act of that stellar performance in just about any role in the bullpen.

Greene will now enter into a phase of preparation for making his comeback. He’ll do this by spending some time alongside Triple-A Gwinnett. Once fit and ready, he’ll link up with the Braves bullpen, which is in dire need of a strong right-handed presence. `

Martin has been stuck on the sidelines owing to an inflammation of the shoulder but will hopefully return to play soon. O’Day and Melancon have signed elsewhere for the winter. Also promising a boost to the pen is the return of Sean Newcomb once he makes his return from a bout of illness.

The Word Was Long Out

The industry began speculating about a possible return for Greene when he was spotted enjoying a beer beyond the stands during the April 11 game between the Braves and the Phillies. A source however at the time claimed that the two parties weren’t involved in any talks.

It should however be said that the need for Greene to re-join the bullpen only really escalated heavily over the course of recent weeks. Following a superbly solid year last year, Snitker said he’s exceptionally excited about reintroducing Greene into the Braves mix.

Snitker also commended the reliever’s willingness to step in on a moment’s notice when needed, saying even though Green knew full-well he wasn’t going to pitch for Sunday’s game, he still came from the bullpen in full Braves kit and attire – ready to step up to the challenge if necessary.

The Braves manager said Greene is an amazing player and a truly consummate pro.