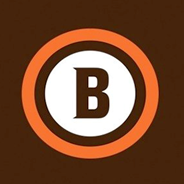 25-year-old quarterback Baker Mayfield threw for 263 yards and three touchdowns. Fellow QB Big Ben Roethlisberger finished with a pass of 501 yards along with four interceptions and four touchdowns. This was the NFL Wild Card Round which took place on Sunday the 11th of January 2020 at the Heinz Field Football stadium in Pittsburgh.

The Browns brought their 18-year drought to an end, clinching the first postseason victory since 1994.

The Experts Weigh In

Michael Salfino, a 538 contributor, thought that the teams were not only evenly matched but also both playing the only teams in the American Football Conference that they could beat.

Senior sportswriter Neil Paine made the observation that many of the late-season problems that the Steelers have been having were present in this game. Roethlisberger’s first half was terrible, with turnovers wrecking the team. Paine said that it seemed like the Steeler’s simply couldn’t run the ball and that he was shocked at how bad their defence was.

He said that there’s no way that viewers would’ve been able to tell that they were watching a squad with one of the best defences in the NFL earlier on this season.

NFL Analyst Josh Hermsmeyer said that the game was very enjoyable to watch but that he’s been unpleasantly surprised by the dip the Steelers have taken in Elo Ratings since Week 11.

The Browns Are Ecstatic

Defensive end Myles Garett commented on his team’s brilliant performance after Sunday’s game. The player most recently made the headlines in July 2020 by becoming the highest-paid defensive player in the National Football League. This was the happy result of his five-year contract being expanded to the tune of US$125 million with US$100 million guaranteed.

Commenting on the upset, Garrett acknowledged that his team has been an underdog since the season began. He said that nobody thought they had any chance of win, let alone going through to the playoffs. He said that the focus now is on keeping up the good work and simply ensuring that the Browns keep proving the nay-sayers wrong.

Sunday The 21st of January Looms

The Browns are scheduled to face off against the Kansas City Chiefs at Arrowhead Stadium on Sunday the 17th of January. This is where they’ll be continuing their first playoff challenge since the 2002 season. That year, they were eliminated by the Steelers in the Wild Card Round.