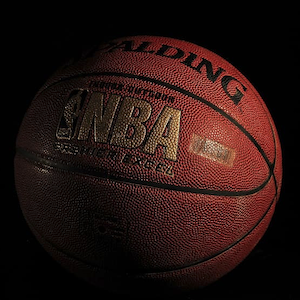 It took 50 years, but the Milwaukee Bucks have finally got their hands on the NBA Finals trophy. The team made it to the Finals in 1976 and 1993 but fell at the last hurdle on both occasions. However, in 2021 it was a different ball game. Giannis Antetokounmpo took the team to victory scoring a whopping 50 points. The final score was 105-98, with the Phoenix Suns falling short of expectations.

The Bucks are only the 5th team to win the best of seven finals series after they lost their first two matches, putting them on a back foot. But they proved that a poor start wasn’t going to stop them, and their 4-2 series win played out in front of a 17,000 strong crowd in the Fiserv Forum, with 65,000 fans celebrating outside the stadium.

The Bucks certainly have Giannis Antetokounmpo to thank for getting their hands on the trophy. Antetokounmpo played hard and has now become the seventh player in NBA history to register 50 points in a Final game.

Commenting on the win, he said that he was happy to do it with the Bucks and for Milwaukee, and that it was a win for everyone. He thanked his team for playing hard, for Milwaukee for believing in him, and coach Mike Budenholzer for being a special leader. In turn, the Bucks coach said that the Greek forward was a special human being and that he and the team had embraced getting better every single time they played.

The Final was also the third game in the series that saw Antetokounmpo manage at least 10 rebounds and 40 points. Only he took his points score even higher to an impressive 50. He now has the honour of matching other NBA greats Hakeem Olajuwon and Michael Jordan as he collected the Finals trophy, the MVP and NBA Finals MVP and Defensive player awards.

While the 2020 Finals were played in an empty stadium, this year was a rather different affair. The streets of Milwaukee were packed with fans, and when the Bucks won, the crowds went wild.

It’s estimated that over 10% of the city’s population gathered in the Deer District to celebrate and were thrilled when history was made. Some fans called the win a pay-off for the last 50 years, while others were thrilled at the unity the win had brought. Milwaukee is a very segregated city, and the NBA brought people from all walks of life together.

The home ground advantage certainly seemed strong with the Bucks as after their initial 2 series losses, they turned things around and won two games on their own turf. From there on it was smooth sailing, with defeating the Phoenix Suns the final step to victory.

Bet on Basketball ONLINE. Sign up with a sportsbook any time!