What Canada’s NBA Stars Are Up To 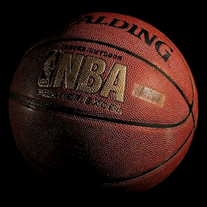 Canada’s NBA stars are doing their thing and holding on to the dream. And now that the biggest sporting event of the year is over, the done-and-dusted Super Bowl is making way for sports fans to start paying attention to basketball.

But what’s been happening with the Canadian NBA outfit while we were away? Here’s a quick roundup.

Although regarded the breakout star of last summer’s playoffs after dropping 50, 42, and again 50 points on Utah in back-to-back games, not to mention going on to topple the LA Clippers in the very next round, Murray has now apparently become stuck at the point he averaged at last season – around 18.6.

Nikola Jokic, in the meantime, is currently averaging very near a triple double – 27.5 points – and generating oodles of MVP buzz while Murray remains stuck at last year’s average.

If Andrew Wiggins has been benefiting from any one thing, then it would have to be that his talents are being put to use more effectively than ever before.

No longer considered a franchise player following being picked by Minnesota as the No. 1 overall in the 2014 NBA draft, Wiggins finally gets to fulfil a role much more suitable to his particular makeup. He’s grown into the role of exceptional defender and is being praised for his all-round game by his teammates.

Dort is this year making the most of the faith placed in him as a full-time part of the starting lineup. Not only has his shooting efficiency markedly improved, but he’s also averaging much higher on the points ladder – up from 6.8 points to 11.5.

With the Knicks off to a reasonably respectable 11-4 start for the season, Barrett is up three points from his rookie year on his own personal average. His shooting, however, remains a work in progress.

SGA is starting to fit quite cushiony into his new role of leading main man at Oklahoma City. Currently averaging a career-high 22.6 points and having very nearly doubled his assists to 6.5 per game, the disappointment of the trading away of Chris Paul and co. is likely to be fading for Shai Gilgeous-Alexander.

The only Canadian currently playing for the Raptors, Boucher is having the real breakout season from among Canada’s NBA men’s players. His ramped-up shooting efficiency and a Player Efficiency Rating better than that of James Harden, makes of Boucher a top pick for the NBA’s Most Improved Player award.