Tennis Canada Could Move Summer Tours To US 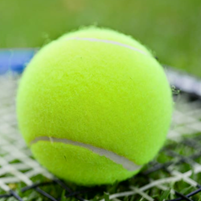 While the hope is still for Tennis Canada to hold its top tournaments for the summer in Toronto and Montreal, the plan is now to move said tournaments to the US in the event of restrictions remaining in place in Montreal. Tennis Canada said late last week that the men’s and women’s National Bank Open events remain scheduled to be played in Toronto for August 7-15 for the moment.

The organisation has also confirmed ongoing talks with all levels of Canadian government for staging the upcoming summer tournaments in Toronto and Montreal. This after both National Bank Open tournaments were last year cancelled because of travel and other restrictions. Hosting both tournaments this year are critical, explained a spokesperson for Tennis Canada, as combined, these make up roughly 90 per cent of the revenue annually invested by the organisation in the development of sport locally.

Cancellation Not An Option

Several Canadian professional sports teams have in the meantime relocated cross-border for getting around border and general travel restrictions.

Cancelled now for two years in a row are both the RBC Canadian Open (Toronto) and the Canadian Grand Prix (Montreal), with Tennis Canada clearly eager not to see the same happen to the summer’s professional tennis tournaments.

Tournament director of the Montreal event, Eugene Lapierre, said by way of an official statement that the organisation remains confident that there remain multiple options for the successful staging of the tournaments. Options include limited-fan attendance and a broadcast-only option, said Lapierre, who added that both the men’s and women’s competitions have already been planned for in great detail.

If moved to the U.S., the most likely option will be to stage the events in Cincinnati, and directly ahead of the Western & Southern Open. The Cincinnati tournament last year got moved to New York to the venue of the annual U.S. open so as to run together in a single bio-bubble.

The idea remains the same with the men’s and women’s Bank Open events, in order for the tournament to be played in a shared bio-bubble with the Cincinnati competitions.

If indeed the tournaments are moved, the biggest part of the revenue will be for the benefit of U.S. sport, with Canada set to lose out on valuable and much-needed revenue and income. The ball is however now in the court of the Canadian and provincial governments regarding an outcome.