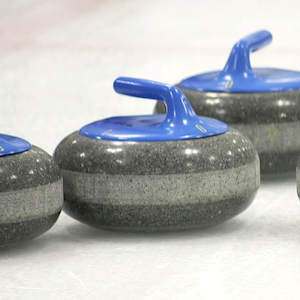 Canadian mixed doubles curling championship hopes Brad Gushue and Kerri Einarson on Wednesday remained tied at the top of the Group A standings after they split a pair of games at the world championships in Scotland.

After losing their morning draw 8-5 to Australia, they made an impressive comeback with a 8-3 win over South Korea later in the day. Following their impressive rebound, the Canadians are now at 4 games to 1 in the tournament.

Wednesday saw the Canadians open their match against South Korea boosted by three consecutive points during the first three ends – with two in the first end, and a single point scored in both the second and the third rounds respectively.

Then, following a raised attempt by South Korea in the seventh end, the Canadians’ opponents eventually conceded the game after having given Canada yet another valuable steal.

Gushue said after the game that following his missing of a couple of shots during the fifth end, the Canadians were suddenly in a spot of trouble. This, said Gushue, led to some caution on the squad’s part. Even so, he said both he and Einarson played a solid game by any account.

As far as their run against Australia went, the Canadians lost against Dean Hewitt and Tahli Gill in their first draw of the day. Australia went on to score two in the sixth end and singles in both the seventh and eighth for pulling down the victory.

First Gold Is The Goal

With the Canadians one of 20 teams entered into the competition, they must now finish among the top seven in order to successfully secure a berth for Canada in the mixed curling doubles at the 2022 Beijing Olympics.

Einarson and Gushue are now trying to become the first Canadian team to win the gold in the 13-year history of the mixed doubles curling world championships, with Canada having only managed to reach bronze and silver podium appearances during the previous three draws – but never before gold. This is the goal for the mixed doubles team this year.

As for the semi-finals, it will be the top team in each pool of 10 who will be progressing. From there, the second- and third-placed teams from each pool will make it into the qualification rounds.

The competition will continue all the way through Sunday.