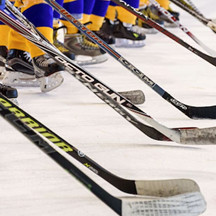 Montreal’s 5-3 playoff win over the Winnipeg Jets on Wednesday turned suddenly awry when Canadiens forward Jake Evans had to be carted off the ice on stretcher after a dirty hit by Mark Scheifele. This obviously put an immediate damper on the celebrations, with worry and anger instantly casting shadow over what should have been a victorious post-game celebration.

The dirty and crushing hit is now in the hands of the league, said Montreal defenseman Joel Edmundson after Wednesday night’s big game. He clearly couldn’t resist a jab in Scheifele’s direction, saying that if indeed he were to make it back into the playoffs, the Canadiens wouldn’t hold back on making his life everything but easy on the ice.

Montreal interim head coach Dominique Ducharme added his voice in a strong way too, saying the hit had been vicious as well as completely unnecessary and useless. He also confirmed that while Evans had not been immediately carted off the hospital, the possibility still existed and that he was still being medically evaluated at the time of the post-game press conference.

Wednesday’s events will not have been the first to give rise to a trip off the ice on the stretcher for Evans. During a 2018 Canadiens’ rookie showdown game, Evans suffered a hit that landed him in hospital and under concussion protocol.

Wednesday night’s playoff contest between the Canadiens and the Jets saw both Eric Staal and Jesperi Kotkaniemi scoring early on in the first period, thereby setting the stage for Montreal’s Game 1 victory in the second round of the Stanley Cup playoff series.

More goals for the Canadiens followed from Brendan Gallagher and Nick Suzuki, boosted by a pair of assists from Edmundson and Jeff Perry. Also in the winning circle had been Cary Price, who aced an impressive 27 saves.

For Winnipeg, it would be Derek Forbort, Kyle Connor, and Adam Lowry doing the scoring. Connor Hellebuyck proved his money’s worth by stopping 28 shots.

Kotkaniemi would after the game describe the crushing hit on Evans as nothing short of disgusting and reproachable, saying some players simply had no respect for anybody else.

Winnipeg head coach Paul Maurice conceded after the game that Evans had suffered a big hit from Scheifele, with captain Blake Wheeler adding his voice of sympathy by saying it’s never a good feeling to see anyone down on the ice for such an extended period of time.