Novak Djokovic Disqualified From US Open 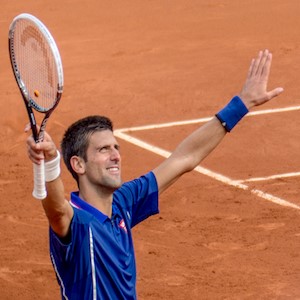 Just when it seemed like the 2020 edition of the US Open could not possibly be turned any more bizarre or topsy-turvy than what it already was, world No. 1 and consensus competition favourite Novak Djokovic did exactly that by getting himself practically kicked out of this year’s tournament.

Djokovic during his fourth-round match opposite Pablo Carreno Busta hit a defaulting ball intended for the backboard full-impact into the throat of a linesperson - all of which naturally led to an immediate halt of the match, and sadly, a formal disqualification imposed on the Serbian top-seed.

The Unforgiving Nature Of Tennis

Though obviously not hit out of malice, such was the impact of the ball hit by Djokovic, that it left the linesperson out of action and crouched in a stationery position on the ground for several minutes – minutes that must have felt closer to an eternity to the now-defaulted Serbian player.

What followed immediately after involved an extensive and clearly intense period of discussion between the striker of the ball, the chair umpire and several other competition officials. Even so, the message had been clear almost right from the onset – since it was international tennis being played at the time of the incident, a take no prisoners approach would necessarily have to be followed.

A clearly unsettled Djokovic, having failed to stick around for the traditional post-match press meet, later on the day in question resorted to his Instagram account in order to offer his apology for a situation the tennis star described as an incident that had caused him great sadness and left him feeling empty. Describing the incident as completely unintended, the tennis world No. 1 apologised for having caused the injured linesperson injury and stress. He also apologised to the tournament as well as to tennis fans the world over.

Rival Carreno Busta has in the meantime added his voice to the party by saying that he too believed the stray ball fired in the direction of the linesperson’s throat to have been nothing more than an unfortunate accident. He added that no tennis player would intentionally do what the Serbian national had done, and that the entire incident was simply the result of his (Busta) having broken Djokovic “the serve”.

What happened to Djokovic and the injured linesperson, said Busta, was to his mind a simple case of bad luck.