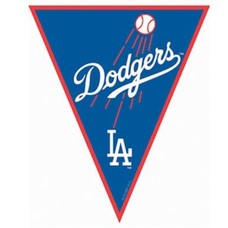 The Dodgers may be perched at the top of the MLB’s power rankings as they enter 2021 spring training as the sport’s best team, but the real question that should be on everyone’s lips is whether they are actually able to pull off a repeat.

Repeats in baseball are, after all, far and between and about as rare as a perfectly weighted ball. In fact, whilst on the topic of repeats, there hasn’t been a team capable of pulling such a thing off since the Yankees did a victory trifecta in 1998-2000.

But if all were to be fair in love and baseball, no argument or surmising of this sort would be even remotely fair without acknowledging the defending champions to be the only team likely to win the next World Series.

Here’s Why They’re The Best

Let it be said. The Dodgers are the best in the MLB right now. And they were even before they brought onboard Justin Turner. In fact, Turner’s comeback is only evidence of the defending champions knowing what it is they should really be doing, and then following through on that knowledge.

The Dodgers are busy ticking the boxes while heading into a season subject to as few weaknesses as possible. Which honestly, when your really think about it, is what every other team should be doing also. But aren’t.

They really do have it all this season: the veterans, the young contenders, and the depth on the rotation. Think guys like Kenley Jansen, Corey Knebel, Blake Treinen, and Cayton Kershaw – to name but a few.

Now that we’ve become accustomed to off-beat season-ing and potentially volatile last-minute restructurings, perhaps we’ve also become more capable of spotting organisational depth when it hits us in the face.

Organisational depth coupled with roster flexibility – something that’s become regarded as something of a luxury of late – will make of the Dodgers a repeat magic trick for sure. And not to mention even the dead easy favourite to win a back-to-back World Series.

The oddsmakers have spoken and the MLB world largely agrees – even those not willing to admit that the Dodgers are the firm favourites. And the fact that they’ve for the past six years been either near or at the top of the offseason World Series odds, certainly bodes very well for their chances this year indeed.