Federer To Return To Dubai To Try For No. 9 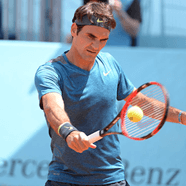 While record Grand Slam champion and tennis goat Roger Federer hasn’t competed for an unprecedented 13 months, the master’s career is apparently far from over, with retirement not an option anytime soon.

Federer has been away from the court for over a year due to his ongoing struggles with a knee injury, which ultimately led to two separate bouts of surgery and lengthy recoveries in February and May last year. All of this led to the Swiss missing out on this year’s Australian Open due to his not yet having been fighting fit to take on such a massive competition and event.

He did however remain firmly planted on the training court and has ultimately now targeted Doha as his long-awaited comeback event in mid-March.

History In The Making

The tennis great has now confirmed that fans will get to see him in action at one of his long-time favourite events during the second week of March, namely the Dubai Duty Free Tennis Championships. There, he’ll be actively chasing his ninth desert crown title.

The Swiss player first won the Dubai desert crown 11 years ago in 2003, after which he promptly went out and bought a house in the beautiful UAE. He has since spent nearly every winter in his beautiful new home and has traditionally chosen the event as the final stop ahead of every new season.

Since he first began competing in the world-famous event back in 2003, he’s won it several times. Between 2003 and 2007 alone, Federer managed to take home the title 4 times out of 5 appearances. He in 2006 lost the crown to number one rival Rafael Nadal. He eventually returned to the desert to win another title in 2012.

The Show Isn’t Over

His latest trophy in Dubai, which he won in 2019 after eliminating Stefanos Tsitsipas 6-4, 6-4 in all of 70 minutes, will hopefully be a good omen of greater things to come as he prepares to seek another crown title – his ninth overall in Dubai - in March.

Federer late last year caused quite the uproar when while at an awards ceremony celebrating his life dedicated to the sport, he announced very much between the lines that retirement may have come knocking unexpectedly at his door. The tennis world will certainly entertain the latest news as very good tidings indeed.