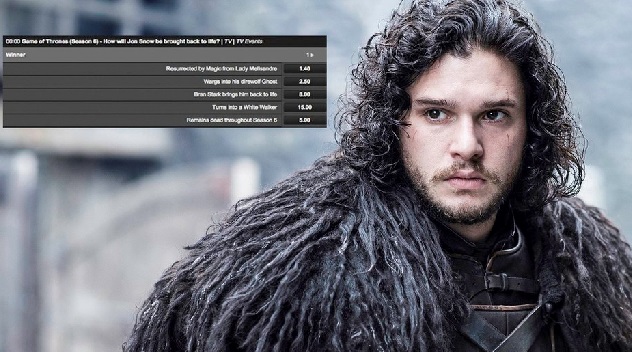 Fans of smash hit TV series Game of Thrones reacted in horror when they realised that end of series seven spoilers were making their presence felt online, following a huge hack at cable TV network HBO.

Bookmaker giant Betway closed its Who Will Sit on the Iron Throne at end of Series 7 market when it realised the bets from mostly German accounts may have been linked to information gained from the hack that took place in early August.

According to the cable TV network responsible for the fantasy series, a forensic investigation into the hack was taking place. While nothing conclusive has been found, the network will continue to work with law enforcement officials and experts in cyber protection and security.

Some media reports claimed that the hackers responsible for the alleged theft of documents such as scripts and human resources files had posted some of the stolen documents online. The reports added that the hackers demanded a ransom to be paid in cryptocurrency Bitcoin.

HBO appears to have become a target for hackers. Recent reports claimed that 1.5 terabytes’ worth of scripts for programmes such as GoT, Room 104, and Ballers, as well as human resources documents, budget documents, and employee contracts had been stolen by hackers only a few weeks ago.

Reports have also claimed that sources close to the network said that the hack is being investigated by the USA’s Federal Bureau of Investigation. However, no confirmation of such an investigation was received from the FBI.

Some commentators have questioned the timing of the HBO hackings. The network is owned by Time Warner, which is currently waiting for approval of an $85.4 billion deal that will see the company sold to AT&T.

The network, however, remained staunch in the face of the incidents. In a statement, the network said that its email system was not entirely compromised, even though it had reason to think that the hacking may result in other leaks.

Based on the A Song of Ice and Fire fantasy book series by George R.R. Martin, Game of Thrones is a TV series that has run for seven seasons. It made its US premiere on 17 April 2011.

The series is filmed in the United Kingdom, Northern Ireland, Croatia, Malta, Morocco, Spain, Iceland, and Canada. It follows the power plays between the important houses of the fictitious lands of Essos and Westeros.

The series and some of its actors has won Primetime Emmy Awards, as well as Hugo, Peabody, and Golden Globe awards.