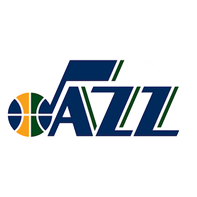 French pro-basketball player and Utah Jazz star defender Rudy Gobert as inked a five-year extension worth a record $205 million with the Utah Jazz.

The 28-year-old, a three-time All-NBA centre, was in actual fact in line to earn a record-equalling $228 million, putting him on par with the deal Giannis Antetokounmpo earned with the Milwaukee Bucks. He has however reportedly shaken on less for the financial benefit and flexibility of the Jazz to develop the roster.

The idea was according to the young star to leave a bit of money on the table in order to secure talent around himself and Donavon Mitchell. He believes in the group and wants to win, said Gobert of his decision to ink a deal for less than the original money on offer.

Is Gobert On Par With Curry?

Gobert, notwithstanding his many other All-NBA accolades, is a two-time Defensive Player of the Year, and a four-time All-Defensive team regular. At an average of 15.1 points, 2.0 blocks, and 13.5 rebounds, it’s easy to see why he made All-Star this past season.

Though the Jazz clearly believes that it has team cornerstones in rookie super-max Donovan Mitchell and Rudy Gobert, but whether his performance justifies him being paid more than Steph Curry (Warriors) is a matter considered by many up for serious debate.

Curry has two more years remaining on his current contract and could very well be in line for an extension. The two-time MVP will without a doubt be focusing all his attention on shutting up the doubters and getting the Warriors back to the playoffs.

The league has in the meantime announced that it will allow teams to sign 15 active players this season – two more than what was previously allowed.

Teams furthermore get to exercise the option of having two roster spots for players signed to so-called two-way contracts. Also, the league’s Competition Committee’s recommendation to make the coach’s challenge part of regular league rules is now being backed by the NBA’s Board of Governors.

NBA President of League Operations Byron Spruell has confirmed that coaches were for the better part in favour of the concept of asking for a replay review on some calls in play. Spruell also added that he expected coaches to become more comfortable with the idea as the season wears on.