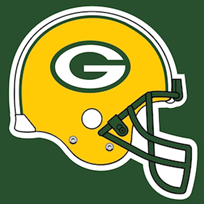 David Bakhtiari seriously damaged his knee in practice with the Green Bay Packers on the last day of 2020. The injury is likely a torn anterior cruciate ligament and takes between nine and 12 months to heal, putting the offensive linesman out for the rest of the season.

It is especially galling for the Packers to have lost Bakhtiari in practice. It was non-padded, which, usually, prevents players from sudden, violent contact. Even when wearing pads, there is no tackling and without this, it’s very rare for players to go to ground or get tangled up.

This is the second ACL tear that the team has seen this season on their offensive line. And five of the best offensive line players have missed games because of knee injuries. Bakhtiari joins Lane Taylor, Billy Turner, Corey Linsley, and Rick Wagner.

Bakhtiari’s had a tough year, missing three games in the middle of the season after breaking his ribs. The Packers may replace him with Elgton Jenkins, the second-year left guard, who was chosen for the Pro Bowl like Bakhtiari. Before 2020, the injured player missed just nine of 127 games after being chosen for the National Football League All-Pro squad in 2016. Bakhtiari entered the history books in mid-November 2020 after securing a US$103.5 million contract that marked him as the most expensive lineman in the history of the NFL.

The Packers’ filled their open roster spot with Ben Braden, a fellow offensive lineman, from the practice team. This will the second time this season that Braden has enjoyed this kind of upgrade, previously playing against the Detroit Lions, Philadelphia Eagles, and San Francisco 49ers. He racked up four snaps on the offence and 13 on special teams.

Brain Price also got elevated from the practice team to the Week 17 gameday roster. The seasoned defensive lineman took on his new role alongside Anthony Rush, the defensive linesman. He was released to create space for Damon Harrison at the practice on Thursday the 31st.

Needless to say, the Green Bay Packers’ road to victory at the upcoming Super Bowl Championship just became that much more difficult.

Aaron Rodgers, the quarterback for the Packers’, stated that he’s in the middle of a grieving process at this terrible turn of events. He said that the whole team is in shock at the extent of the injury and their hearts and prayers are firmly with Bakhtiari as he starts the recovery process.