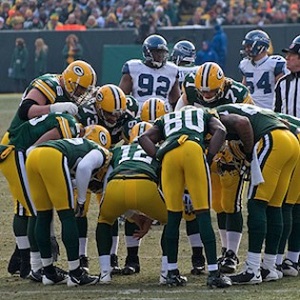 Packers quarterback Aaron Rodgers is apparently not all that keen on making his return to Green Bay. Even so, team GM Brian Gutekunst confirmed on Thursday that the franchise remains fully committed to the reigning Most Valuable Player.

Gutekunst said in a team statement released mid last week that, as stated at the end of the season, the Packers remain committed and loyal to Rodgers – both in 2021 as well as beyond. The GM reiterated once more that the star quarterback has been a crucial and significant member of the team and a massive role-player in the overall success of the Packers. He said the team is looking forward to the possibility of another championship with Rodgers being a part of the high-scoring side.

Leading sports news and opinion giant ESPN reported only hours before the draft that Rodgers isn’t eager to return to the Packers, and that Rodgers had been offered an extended contract nonetheless. The report furthermore confirmed that CEO Mark Murphy, coach Matt LaFleur, and Gutekunst, had on separate occasions flown out to meet and have talks with the quarterback during the off-season.

Rodgers has been with the Packers ever since the team first selected him 24th overall pick in the 2005 draft. His career with Green Bay has however been a hot topic for speculation ever since the franchise traded up four places during the first round with the eye on selecting a potential successor for the star player.

Packers To See How Things Go

Rogers, 37, has three years remaining on the extended four-year term signed between himself and the Packers in August of 2018.

Despite the report regarding his intention to leave the team, Gutekunst said on Monday during a Zoom meeting with reporters that Rodgers is still “our guy”, and that the expectation is for him to remain the star quarterback for the immediate future. He added that the team is currently working through the typical logistics of its pre-season run – both contractually as well regarding working with players on other things.

Gutekunst spoke of Rodgers being a truly unique player – and one very different to any other player he’s personally had the pleasure of being around. He said the team, coaches, and management are excited about continuing the journey with Rodgers and seeing how things go with the future of his journey with the Packers in mind.