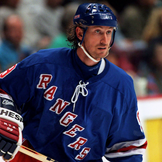 NHL great and all-time leading points scorer Wayne Gretzky on Tuesday announced his resignation from his position of vice-chairman of the Edmonton Oilers, saying he could no longer devote the enough time to the franchise given the many challenges brought about by the global health crisis.

Gretzky-fans will however be pleased to know that the NHL great has just signed a multi-year contract for becoming a studio analyst with Turner Sports. This means fans will get to see him appearing not only during key moments in the regular season, but also all throughout the Stanley Cup playoffs.

Gretzky’s contract follows the NHL’s multi-year deal reached with Turner Sports earlier this year, which deal will effectively draw to a close the league’s association with NBC beginning next season.

Stars Are Aligned For Gretzky

According to Gretzky, who spoke with a leading news broadcaster via television interview earlier this week, the chance to join Turner as a sports analyst was what had led to his decision to move on from the Oilers. The move also perfectly aligns with Gretzky and wife Janet’s move to Missouri earlier this year. The couple made the move from California in order to be closer to Gretzky’s mother-in-law, who turns 100 in August.

The move also means they’re now much closer to their children and grandchildren, who live in South Florida.

Gretzky commented on the big move by saying the decision had been helped along by the passing of his dad earlier this year – along with the couple’s youngest being off to college, making of the move a thing of good timing. And since Atlanta is but an hour’s drive from Florida, as well as an hour from St. Louis, Gretzky said it certainly felt like the stars had aligned perfectly for him and his family. He now not only gets to spend more time with his family, but also to talk about hockey, which is what he explained he absolutely loves doing.

How It All Started

Turner initially reached out to him about a potential role a couple of months ago, explained the NHL legend.

He added that even though he and Charles Barkley are good friends, fans shouldn’t expect him to follow the same delivery or style as the NBA great-turned-commentator. Gretzky said though being honest and straightforward is very much a part of his nature, he’s not by any means comfortable with being controversial or going over the edge with criticism.