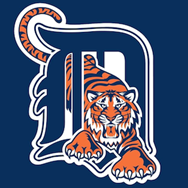 The Detroit Tigers have signed free-agent outfielder Robbie Grossman in a two-year $10 million deal, the MLB has confirmed. The deal is to include a performance bonus of up to a maximum of $500k per season, with payments based on actual playing time.

Grossman, a 2008 sixth-round pick, will head towards his fourth MLB home when joining Detroit, after stunts with the Twins, Athletics, and Houston Astros. Grossman also gets to reunite forces with Tigers skipper A.J. Hinch, after spending time playing under the latter during his time as general manager of the Astros.

While Grossman may not be the largest signing ever closed, he certainly remains quite the deal for the Tigers, a franchise currently fully focused on the rebuild. Interesting too is that the Tigers haven’t signed a free agent since the 2015-16 offseason, during which time they signed both Jordan Zimmerman and Justin Upton as long-term players, as well as offered shorter two-year deals to Mark Lowe and Mike Pelfrey.

The motivation behind the signing of Grossman is that of bringing consistency and above par at-bats to the line-up of Detroit, said General Manager Al Avila of the latest contract. Avila said that since Grossman is a proven Major League hitter, his name wasted no time coming up at the time of the Tigers’ front office naming of potential off-season additions to the squad.

Grossman certainly is an established hitter, and has proved himself as such over the past five years. He currently ranks 12th in OBP (.359), 7th in K:BB ratio (1.46), and 4th in BB% (13.2). This from among 46 AL batters ranking at >500G across their total span. The newest Detroit hitter also has one home run in 83 at-bats struck at Comerica Park, as well as five doubles and a triple boosted by a .289 hitting average and a .791 OPS.

Grossman Has What Hinch Wants

Though Grossman might not have a track record of power similar to the likes of Nomar Mazara and Adam Duvall, both of which were on Detroit’s list of “maybes”, what he does have over both are a much sturdier on-base rate and decidedly lower strikeout clip.

Given Grossman’s track record, he’s expected to be deployed as an everyday player in Detroit, which could very well end up pitting Christin Stewart against Victor Reyes and Daz Cameron for actual playing time. This means the Tigers could present fairly tight competition for outfields hoping to make the on-field roster.