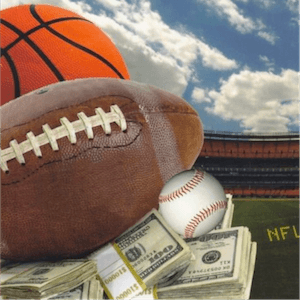 The figures were released during last week by the New Jersey Division of Gaming Enforcement, and certainly paint a very positive picture. The figures apply to the time period between June 14th and currently.

It must be mentioned that New Jersey’s DGE is, for the time being, treating cash in the till as revenue too. This includes $1 million in wagers on future events, and should as such, technically not be deemed to be revenue income for the current period.

Furthermore, $1.2 million is regarded as being unredeemed winnings and should be considered wagering adjustments rather than pure revenue income. When taking into account that these two figures tally up to a total of $2.2 million, the total revenue income figure shrinks down to roughly $1.2 million. In financial-technical terms, this amounts to a betting handle of $16.4 million.

When breaking down the participating components of the handle, the apportionment comes to $15.4 million having been wagered on completed events, and $1 million allotted towards future events.

The lion’s share was allotted towards bets wagered on baseball, whilst the remainder was bet on World Cup outcomes.

By the time that June 14th rolled around, the Monmouth Park racetrack and Atlantic City’s Borgata casino were the only two licensed operators in New Jersey. Betting revenue totalling to $2.3 million was spent at Monmouth Park, whilst $978k was the golden figure at the Borgata.

The Ocean Resort casino generated nearly $193k, but it must be taken into account that this particular venue only opened doors on June 28th.

Saturday the 14th saw the Meadowlands racetrack host its first formal event, and a few other casinos are expected to open doors to the public soon. Online sports betting has not yet been authorised by the DGE, but those in the know have confirmed that this is expected to be formalised soon too.

Referring to typical brick-and-mortar gaming resorts; the numbers were generally on par with the performance tallied during the same period last year. The Borgata, it seems, did not need sports betting to provide any form of boost, as it has sustainably retained its year on year growth percentage.