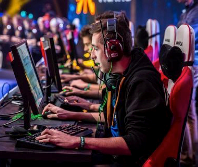 eSports is one of the most rapidly growing verticals in the gambling world and, in particular, the Las Vegas casino industry. And based on the fact that eSports involves skill-based competitions, it’s no wonder that the industry has attracted a wide following of punters who are keen to bet on their final outcomes.

The casino gaming industry has been eager to embrace the new trend, with many experts confident that competitive video gaming will attract more Millennials to the industry than any other game. Industry insiders also believe that eSports will likely have a huge impact on future casino games, as younger generations have been shown to prefer elements of skill in their games.

While this all sounds promising, the popularity of eSports has spawned a culture of punters wishing to bet on these matches in ways that have betting regulators concerned about potentially negative outcomes. Las Vegas has already become home to its own eSports arena – the Neonopolis – and MGM Resorts is also planning its own large-scale arena near the legendary Luxor hotel.

’Money Matches’ And Casual Betting Could Lead To Illicit Wagers

It has not surprised experts that competitive gaming events like the Evolution Champion Series of Vegas have inspired people to want to play for financial gain.

Gamers at these events enjoy ramping up the entertainment factor with ‘money matches’ by challenging each other for cash incentives. Gamers typically consider this to be casual betting, with friends wagering a few dollars between each other on each game.

However, given the popularity of eSports wagering and the immense value of the industry, it is possible and perhaps even likely that the operation could expand into illegal book offerings for the games.

AG Burnett, the chairman of the Nevada Gaming Control Board, has noted that it is generally not illegal to wager socially unless a third party is taking a cut. Burnett noted that the board is soon to begin discussions between casinos and eSports tournament hosts to ensure that all parties know the rules with regard to betting, and especially when it comes to casino licensees’ expectations.

Tech and infrastructure security firm FiveGen’s founder and CEO, Sam McMullen, has also claimed that he is working with the GCB to create eSports regulations, noting that regardless of the type of betting, money matching is still happening in the industry – and that he sees this as an opportunity rather than a threat.

This betting is a big opportunity for Nevada, McMullen has noted, especially if the NGCB can standardise the practice and make it economically viable to a public that is clearly interested in legal and possible eSports wagering.