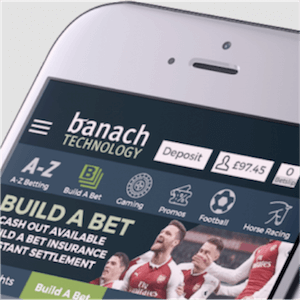 Going forward, the newly funded company will be offering pricing, product and customer experience operational systems to major gambling groups. Customers already on board include GVC Holdings. GVC Holdings is a major role-player in the gaming industry, and owns Ladbrokes Coral and BWin.

Reck confirmed that the funding would service its purpose in making for a considerable expansion of company reach, including plans to increase the number of staff members from 12 to 30 by the end of the current year. New positions to be filled include that of quant mathematicians and software engineers.

The advances in technology and by tech companies such as Banach, is the main reason why gambling is one of the biggest industries in Ireland’s economy. More than 6,000 people are employed in the g industry in the country. Gambling has always been a favourite activity in Ireland, but the surge over the recent years is mostly thanks to technological advancements and the expansion of the online gaming industry.

Obviously, a huge step forward in terms of opening the doors to the very popular pastime has been the legalisation of online gambling in Ireland. In 2015, the Betting Amendment Act was official passed, pushing online gambling to the above-board market in the country. Previously, all activities were governed by the Lotteries Act of 1956, a time when online wasn’t yet a glimmer in anyone’s eye.

Sports betting too has enjoyed increasing popularity. Ireland is perfectly situated in order to make provision for sports like horseracing. There are currently 26 different racecourses in Ireland. When considering the growth and changes in the country over the last couple of years, it makes perfect sense for a company like Banach to focus on the further technological advancement of the betting industry in Ireland and beyond.