Messi vs. Maradona – Who Is The Best? 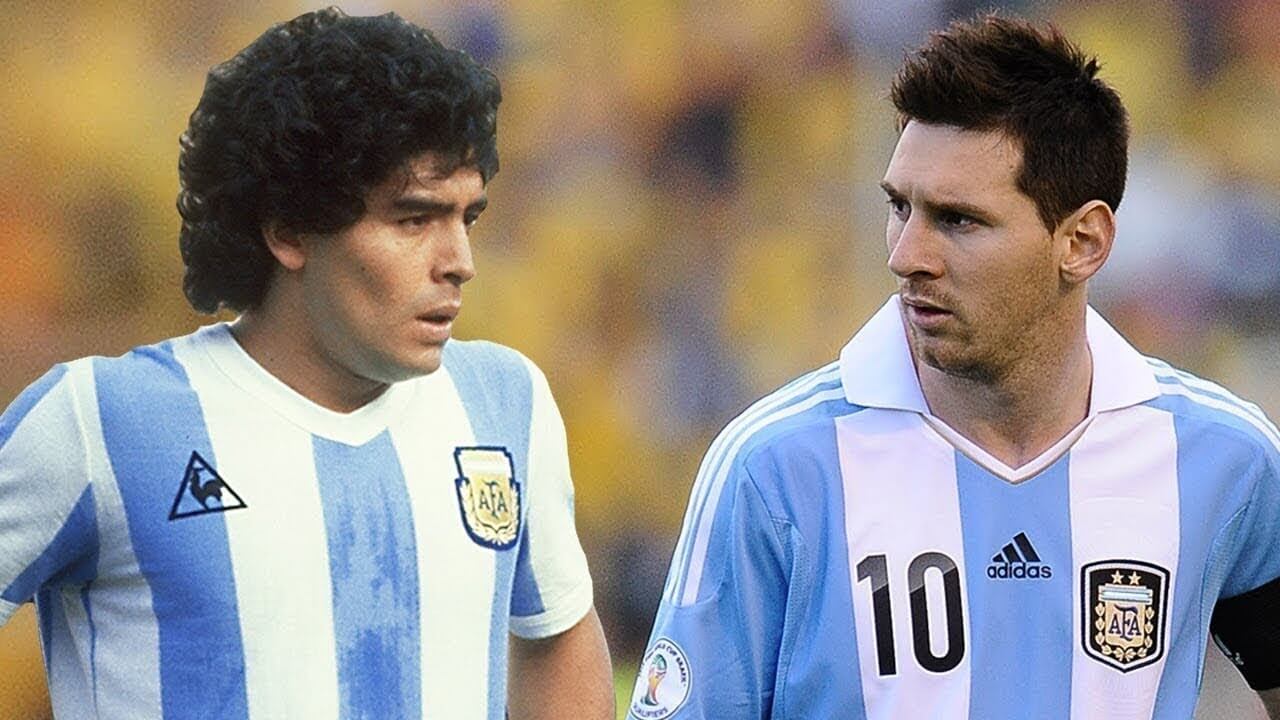 It’s a debate almost as old as the love that Argentineans have for soccer. Who is best, Lionel Messi or Diego Maradona? Many are the opinions, but the main single divider seems to be the fact that one of the greats have led Argentina to World Cup victory, and one has not. The one who has obviously being Diego Maradona, who led Argentina towards a World Cup title in 1986. Those in favour of Maradona as the ultimate king of soccer in Argentina hold the opinion that Messi will never fill his shoes, for the mere fact that he has never led his country to a World Cup victory.

However, many others consider this to be flawed logic, to say the least. They hold the opinion that the proof in this particular pudding should be considering the careers of both men in their respective totalities, and not merely basic an opinion on a single competition event.

There’s a lot to be said for sticking with a team and seeing a season through right until the end, which is exactly what Lionel Messi has done. Messi has spent his entire professional soccer career with a single club: Barcelona. His professional portfolio includes having won 32 trophies, 9 of which were La Liga trophy titles, 4 UEFA Championship League titles, and 6 Copa del Rey titles. Many are betting now that he may well be able to add a World Cup trophy to his long list of accolades, with the 2018 FIFA World Cup in Russia set to kick off soon.

Messi is also the holder of many a record in all formats, including the one of most official goals scored in La Liga (having scored a total of 382 goals), a La Liga (50 goals scored), club soccer season in Europe (73) as well as the most goals scored within the scope of a calendar year (91).

Messi is no newcomer to facing challenges, either. The star was diagnosed with a growth hormone deficiency when he was a child. He however received the recommended treatment and managed to rise above his circumstances by setting his sights on the game of soccer, and of becoming one of the greatest soccer players of all times, which is something that he has made a roaring success of.

When considering the career of Diego Maradona as compared to that of Lionel Messi, then the one major key difference is most probably the fact that unlike Messi, Maradona has played for many a club throughout his professional career. During his club career, he has played for Argentinos Juniors, Boca Juniors, Barcelona, Napoli, Sevilla, and Newell’s Old Boys.

Of all of these, Maradona is arguably most famous for his time at Napoli and Barcelona, where most of his soccer accolades were won. During his time playing for Argentina, he scored a total of 34 goals, in addition to having earned a total of 91 caps.

Maradona’s greatest soccer moment however, came in 1986, when he captained Argentina towards a stunning World Cup victory over West Germany in that year’s final. His controversial Hand of God goal cinched his team the spot at the top, and to this day, remains one of the most memorable moments on soccer ever.

He went on to become national coach of Argentina in November of 2008 and he was in charge of the 2010 World Cup team who played in South Africa during that year. Maradona left toward the end of that particular World Cup tournament. Then in 2017, he became the head coach for Fujaira, before leaving towards the end of that season, too.

For The Love Of Soccer

It’s obvious when considering the careers of the two greats that they had walked down two very different paths indeed. Perhaps it would be folly trying to determine who is best, because both are Argentinean soccer legends in their own right.  And both live for the love of the game.