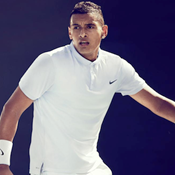 Aussie tennis star Nick Kyrgios, despite his victory claimed against the 209th-ranked Alexandre Muller (France) in his opening appearance in this year’s Australian Open preparations in the Murray River Open, made no attempt at hiding his frustration after a slow ballboy caused him to lose a point.  A seriously frustrated Kyrgios could shortly after the third set be heard telling umpire Adel Nour to do her job as it was part of her responsibilities not to allow such incidents from happening. He also bluntly ordered her to “admit it” and say, “thank you”.

The Murray River Open-appearance was the Australian’s first since the February 2020 Acapulco Open. This was before a wrist injury, followed by the global health crisis, eventually cut short his season for the year.

His Happiness Was Short-Lived

Kyrgios, who had opted out of both the US and the French Open over concerns about his wrist as well as his health in general due to the risks involved in travelling and competing, recently told reporters that he was feeling reinvigorated and happy about being back.

A medical timeout resulting from a knee injury and a need for treatment saw him off to a slow start and a loss of the first set against Muller. He however shortly after got down to business and eventually won the match 3-6, 6-4, 7-6 (7/4). He after the game commented on his own personal journey back, saying that what had made the match against Muller a tricky one, was his extended time away from competitive playing, coupled with a few injuries sustained while on short training time during quarantine.

Nour was however not the only umpire to have gotten a serious mouthful from the enigmatic Australian.

His second round match at the Murray River Open, which he played against fellow Australian Harry Bourchier, saw more of the same fire and brimstone unleashed on yet another match official.  Kyrgios appeared extremely upset and frustrated by the limited time allowed by the rules of the competition between serves.

Health and safety protocols have made it so that ballkids are no longer on hand for the carrying about of towels on the court. Instead, players are now required to walk all the way to the back of the court when wanting to retrieve a towel, which in turn leads to fewer seconds remaining on the clock between actual serves.

When Kyrgios at one stage during the match ran out of time, which caused him to be pinged by the clock and penalised by the umpire, he much to the shock of those in the crowd stormed off the court and refused to budge unless he could speak to the court supervisor. While on the bench, the Australian could be heard telling the match umpire that the crowd wasn’t there to see the umpires, but to see tennis.