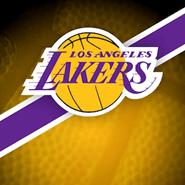 There’s a very real chance that the Los Angeles Lakers could find themselves in the NBA play-in tournament, a fact that isn’t making the team very happy at the moment. The basketball team was beaten by the Toronto Raptors 121-114 last week, placing it in a three-way tie with the Portland Trail Blazers and the Dallas Mavericks.

To add injury to insult, LeBron James left the game before the final whistle, due to a sore ankle. The game was the second in which James played following a month’s recovery from high ankle sprain. That said, the player put in a good show before his exit.

In 28 minutes, James racked up 19 points, six assists, and seven rebounds. By the time he left in the fourth quarter, the Lakers’ score had already climbed to double digits. Of course, given the team’s position in the standings, James’ gammy ankle might be the least of its worries.

The loss to the Raptors brought the Lakers’ record to an unimpressive 36-28, which is exactly the same as the Trail Blazers and the Mavericks. This means that those three teams will finish in the fifth, sixth, and seventh places, although in what order that happens remains to be seen. Whatever the outcomes, one of those teams will find itself in the play-in tournament.

That game between the Lakers and the Trail Blazers undoubtedly will see both teams play their hearts out, as neither will want to end the regular season with the same record. The Lakers have additional motivation to win that one, as a loss would mean that the team would need to finish above the Trail Blazers and the Mavericks to avoid finishing in seventh place.

The Lakers have left no doubt regarding the team’s feelings about the play-in tournament, and it has done so since the first proposal of the tournament in 2018. At the time, James was critical of the proposal, saying that postseason spots should be earned, and that finishing in last place shouldn’t come with consolation.

This time round, James, who claims to support social justice, was far harsher – rather than critiquing the tournament, he called for the person who proposed the idea to lose their job. Whether those sour grapes will improve the Lakers’ performance remains to be seen.