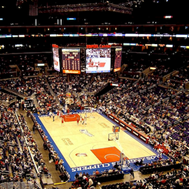 Sometimes enough just isn’t good enough. Just ask LeBron James and the Los Angeles Lakers, who, after doing everything possible to get out of the play-in tournament, still played second fiddle after Portland Trail Blazers as well as the Dallas Mavericks got surprising results for their final games of the regular season.

While the Mavericks were expected to win their final run of the campaign against wooden-spooners the Minnesota Timberwolves, but in a shocking turn of events, then didn’t, the Blazers, who were expected to play second fiddle against the Denver Nuggets, did their magic by coming out leaping right off the bat.

The surprising outcome as far as the Lakers are concerned, is that they’ll now be remaining put at seventh and entering the play-in tournament against the Golden State Warriors in their grand opening appearance – this despite the fact that they beat the Pelicans, as anticipated.

Even more surprising is that following Sunday’s games, the Dallas Mavericks, LA Lakers, and Blazers are all romping it up at an identical 43-30. Dallas, however, ended up nabbing 5th seed following their victory in the Southwest Division, a ranking that takes effect whenever three teams are tied. That leaves the Blazers in 6th – also ahead of James and his squad, all because of their head-to-head advantage over the Lakers after acing their NBA season series at three games to one.

The Lakers next play the Warriors, with Wednesday’s game the decider as to who gets to claim 7th seed. This while the loser will next face whoever emerges the winner of the game between the Antonio Spurs and the Memphis Grizzlies.

Another crucial matter still left unsettled is the 2021 NBA Draft, with the league left with some serious score-settling left to do.

Owing to the many teams now left remaining with identical records following the conclusion of the regular season, it’s now basically up to a situation of coin tossing for the NBA.

Even though the Lakers, Houston and New York are now all tied for the 21st pick, depending on how the draft order plays out, two of the three must be picked at 22 and 23, respectively.

According to a prominent sportswriter at ESPN, the NBA will actually flip a coin on May 23 to break up the various tiebreakers that have now emerged. These are interesting times for the league indeed.