Is LeBron James The Real GOAT? 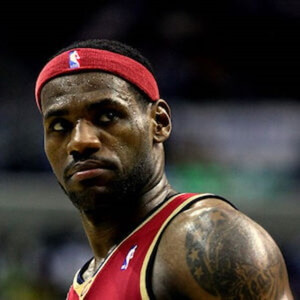 LeBron James – and not Michael Jordan – may very well be the greatest player the league has ever seen.

On the back of a fourth NBA title scored in his tenth finals appearance on Sunday, James became the first player in the history of the league to have led three different teams to NBA titles. This prompts a serious re-think of whether Michael Jordan really is NBA’s biggest superstar of all time. James was also named the league’s Most Valuable Player (MVP) for the fourth time – now trailing only two MVP nominations behind the legendary Michael Jordan’s six.

Michael Jordan over the span of his professional basketball career won an impressive six titles in six NBA finals appearances playing for the Chicago Bulls. This was during the 1990s – a period that would see him take the biggest part of two seasons off in order to pursue a career in baseball following the death of his father, with whom the superstar had shared a close relationship.

Jordan’s name remained everything but stationary – evolving over time to such an extent that he soon transformed from leaping buzzer-beater into true NBA veteran capable of getting the very best out of every last one of his teammates on the court. He truly did help carry the load during his follow-up trilogy with the NBA.

What Greatness Actually Is

LeBron James, on the other hand, is very much the result of the wealth and era of big money created almost singlehandedly by Jordan.

James however took none of any of what Michael Jordan had worked so very hard for, for granted. His own game too, managed to evolve as time wore on. He maximised his money by turning multiple teams into big-league NBA champions. And as his role continued to evolve – so did his cast of supporters.

LeBron James deserves to have his name mentioned along with that of Michael Jordan – if for no other reason, then for the fact that the greatest NBA player of any generation or time has never been decided based purely on titles or performance on the court alone. If this were ever the case, the honour of greatest player of all time would belong to Bill Russell – a man with a phenomenal 13 NBA titles to his name.

Where James reigns true king is away from the court. His social and education initiatives trump Jordan’s approach to actively rallying for the upliftment of others in every way possible. And perhaps that – humanity – is what true greatness is really all about.