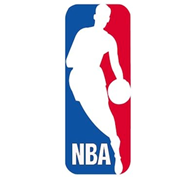 Basketball legend LeBron James wants to own an NBA franchise, and what's more, wants to own one sooner rather than later.

LeBron expressed his desire following the Lakers' victory over the Minnesota Timberwolves at the Staples Centre on Tuesday, clearly wanting to hoist trophies and bag championships by more than just points put on the scoreboard or assists successfully pulled off in order for others to shoot.

From NBA Kit To Suit

From James' hopes expressed for the future, it's clear he's eager to someday wear a business suit instead of his NBA kit, but while still being involved with the sport he so loves to play. James explained on Tuesday that since he knows talent, knows what it takes to win at NBA-level, and knows what it requires and how to run a successful business, he feels he has a great deal to give to the game from an ownership and business management point of view.

James, clearly an astute business mind, in addition to several big-name partnerships – including deals with Nike, Blaze Pizza, AT&T, and soft drink giant Pepsi, has also in the past overseen the "I Promise School", which was a program founded back in 2018. The initiative was founded in partnership with James' foundation and Akron Public Schools and provides financial aid to youth from no- and low-income households for education.

James also on Tuesday commented on what an amazing experience it has been to partner with FSG, and how they've done incredible things over the past number of years. He said that on a personal level, as a Black man, being in a position to partner with the group, and become part of its history, has been "pretty damn cool".