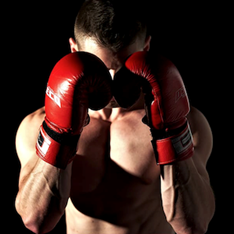 YouTube personality Logan Paul on Saturday night well and truly went the distance against Floyd Mayweather Jnr. in an eight-round exhibition fight at Hard Rock Stadium. While Mayweather certainly outclassed Paul, he emerged unable to score a convincing bout. As such, no winner was declared.

Mayweather, 44, is a five-divisions world title holder with a 50-0 career record. He used his skills in the ring in convincing fashion to stop the YouTuber short of breaking his clean sheet on the weekend – while frustrating Paul no end with his champion stops and counter shots.

Mayweather previously said he won’t be returning to competitive boxing, while instead planning to focus his efforts on the pay-per-view market such as Saturday night’s exhibition fight against Paul. He’s won titles in the lightweight, super lightweight, super-featherweight, and super-welterweight divisions.

The boxing ace emerged from Saturday’s fight well ahead of Paul on the power-shots and overall total. Even so, after putting up a solid fight against the champion boxer, Paul had much to celebrate on the weekend for having gone the distance against Mayweather.

He during the post-fight commentaries said he never wanted to hear from anyone ever again that anything was impossible to do or achieve.

While Paul buffed up to 189 pounds ahead of the exhibition, and well and fully attempted to use his 34-pound advantage over a considerably shorter and lighter Mayweather, the latter’s boxing technique, coupled with Paul’s lack of experience, left the boxing ace’s opponent wide open to a showering of hooks to the head and right-shots to the body.

Earlier on the night, Chad Johnson boxed a four-round exhibition fight against sport veteran Brian Maxwell. Not unlike Mayweather’s exhibition against Paul, there was no scoring. Even so, Johnson showed his stell by avoiding a knock-out loss after he got floored by his opponent during the final round of the brawl.