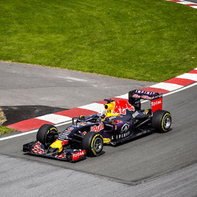 Backburner-ed team Haas Formula 1 driver Kevin Magnussen has revealed that he had received an offer from another team to remain on the F1 grid for 2021 – but that the offer was made by an outfit sub-standard to Haas. Magnussen said he would not be naming the counter-offering team as such a move would undoubtedly cause a fair bit of outrage and taking of offense.

Magnussen and U.S. Haas teammate Romain Grosjean were ousted from the F1 season for the year after the franchise decided to breathe new life into its line-up for 2021 by roping in the talents of Formula One newbies Mick Schumacher and Nikita Mazepin. The 28-year-old Dane was quick to add that the counter-proposal by the unnamed team had been anything but enticing.

It Could Have Been Different

The most likely culprit to have approached Magnussen would have been Williams. This would probably have been an offer made subject to George Russel’s departure to hook up with Mercedes.

Magnussen also revealed that had the offer been made by any of the big-money players, he would have been more open to the suggestion of competing in this season’s F1 races. Magnussen is in fact intimately acquainted with the U.S. racing scene. He attended many races as a young boy growing up alongside his famous father, the four-time IMSA champion race car driver, Jan Magnussen.

The young Dane says while he cannot recall exactly how many races he had attended at his father’s side, he estimates that it must have been around 10, or even 12. It was during these races Magnussen says he started getting a “feel” not only for U.S. sports car racing, but also for the tracks. And it had been this familiarity he said first sparked a personal interest in racing in America when it emerged that his career in Formula One might be nearing its end.

Not F1 – But Definitely Exciting

The young Dane can next be seen in action at the upcoming Rolex 24 at Daytona. He will be competing alongside CGR teammate Renger van der Zande. The dynamic duo will be seen doing their thing in shared No. 01 CGR Cadillac, and are due to race in the DP1 class this year.

Although endurance racing is very much a team sport, and in that regard in many ways a different kettle of fish when compared to competing in Formula 1, Magnussen says he greatly enjoys working alongside Renger and Scott.