Home   >   Betting Articles   >   Mayweather May Head Back To The Ring

Are We In For Another Money Fight? 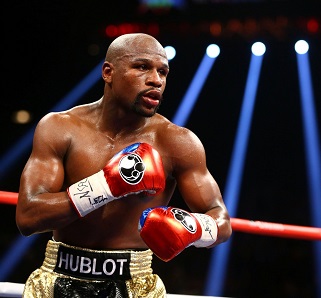 As far as the boxing world goes, there are few names as hot as that of Floyd Mayweather right now. His bout against Irish MMA superstar Conor McGregor, which many declared the biggest circus in boxing history, made so much money that many are likely swimming in it. But the original ‘Money Fight’ already drew the once-retired boxer into the ring in what was deemed his very last appearance. After the McGregor match wrapped up, it was assumed that he would return to retirement.

But now; rumours are rife that Mayweather is heading back into the boxing ring once again, for a second match after his official retirement. It also happens to be another rematch, with his opponent being none other than Manny Pacquiao, who he previously fought in 2015.

Why Is Mayweather Still Fighting?

In his career Mayweather has fought everyone from Mike Tyson to Evander Holyfield, Lennox Lewis and Oscar De La Hoya, so a few re-runs, especially against other big names is a sure-fire attention grabber.

Now, debates are raging as to what could possibly be inspiring Mayweather to get back into the ring. Though, anyone with two brain cells to rub together wouldn’t need much explanation at all. The Tweet from Mayweather declaring the rematch with Pacquiao pretty much says everything that needs to be known. He posted the following on the social media site:

"I'm coming back to fight Manny Pacquiao this year another 9 figure pay day on the way."

Is there anyone on the planet that would not accept the rematch, knowing that a 9-figure payday was all but guaranteed? Sure, Mayweather could have simply settled with the previous estimated $220 million he is rumoured to have made on the 2015 match and his $100 million+ he earned from facing McGregor, kicked back, and played pokies for his remaining days, but why not rake in a bit more money while the iron is hot?

So will this be his final rematch? Probably not... Conor McGregor has already been keenly pushing for a rematch of his own, which all but guarantees that there will be at least one more match for Mayweather after his Pacquiao fight.

As to whether the McGregor rematch will be in the MMA or boxing ring is yet unknown, but either way, the match is all but guaranteed to get about as much attention as the previous bout. Rumours have circulated that McGregor is keen to turn the tables and get Mayweather into his territory. But given the results of the previous match, this may be a bit of a predictable outcome, compromising a balanced, unbiased betting market. Mayweather has also expressed interest in going head to head with McGregor again, so another bout doesn’t seem to be off the table entirely - but where or how it takes place remains to be seen.

If anyone is still asking why the supposedly retired boxer is getting back into the ring, they apparently aren’t really fully grasping $220 million. Mayweather obviously enjoys money as much as the next person, and he is capitalising on his name and the fact that his last fight brought in such a huge sum.

Some have speculated that Mayweather is possibly contractually obligated to get back into the ring, which is a possibility, but for the fighter that has a 50 for 50 win record, it could well be all about the money. He is one of the most lucrative draw cards of all time, and his Pay Per View appearances have broken records. Thus it’s not just a hefty pay cheque that waits for him; it’s a big payday for promoters, media, sportsbooks and everyone involved.