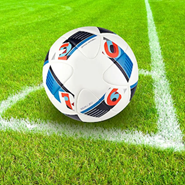 Spanish newspaper El Mundo is about to be confronted with all the legal fury that Lionel Messi and Barcelona are able to muster. Both Messi and Barcelona will be taking legal action against the newspaper after it on the weekend leaked the details of a four-year deal signed between the famous player and the club back in 2017.

The deal, which is estimated to be worth a crazy $674 million, is considered the richest yet in the world of professional sports. The Spanish club has in the meantime denied all rumours of it having leaked the big-money contract to the newspaper, stating also its firm intentions of taking legal action against the publishers of the information.

Barcelona shortly after the newspaper hit the streets on Sunday released a strongly worded statement, saying it regretted the publication of the contract as it a document of private concern and an agreement fully governed by confidentiality between the two parties, being the FC and Messi.

The club also added that it intended to take the necessary and appropriate legal action against El Mundo for any possible damages that may be caused as a direct result of the publication of the confidential terms of a player contract.

In addition to the lawsuit planned by the FC, Messi’s own legal counsel too, are expect4ed to seek the payment of damages to and on behalf of their client. The player’s legal representatives have reportedly said that only four parties in total are in possession of the contract, namely Messi, his legal representatives, Barcelona FC, and La Liga.

What made El Mundo’s big reveal the word on the soccer street on the weekend was without a doubt the fact that Barcelona has been facing its fair share of financial challenges after a sharp financial downturn over recent seasons. Messi’s whopper of a deal significantly dwarfs Kansas City Chiefs quarterback Patrick Mahomes’ $503 million pact inked last year.

Messi, however, didn’t seem at all phased by the drama as he took to the field with his golden boot in Barcelona’s Sunday evening 2-1 league victory over Athletic Bilbao, while putting up what could arguably be considered his best performance of the season so far.

The 33-year-old Argentine appears as feisty as ever before - on as well as away from the field.