Meet The MLB’s Comeback Players Of The Year 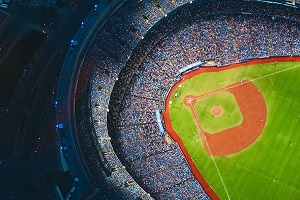 Colorado Rockies pitcher Daniel Bard and Kansas City Royals catcher Salvador Perez have been named the MLB’s Comeback Players of the Year for 2020. Bard won the National League version of the award, with Perez walking away the American League Player of the Year. The winners of the awards were voted on by MLB.com’s on-the-ground beat writers.

The Players of the Year awards are officially endorsed by the MLB and have been presented every year for the past 15 years (est. 2005). The winners were selected from an original list of 30 candidates – one candidate per MLB club.

Bard made his July 2020 Rockies debut after a seven-year absence due to an inexplicable bout with the yips. If ever there were a feel-good story perfect for a non-year such as 2020, then Daniel Bard’s incredible comeback would have to be it.

On July 25 he pitched 1 2/3 scoreless innings and earned the big win, which win of course marked his first win since May 29, 2012 with the Boston Red Sox. According to a prominent global sports bureau, the pitcher’s gap of 7 years and 89 days between two major league appearances was the 6th-longest gap ever recorded in the history of the divisional era (1969), and the 3rd-longest of the last three decades.

Barn also notched his first save (and sixth of his career) on Aug. 11 this year – which marked his first save in nearly nine years.  Barn was in October named National League Comeback Player of the Year also in the 2020 Players’ Choice Awards – an award bestowed upon him by his peers.

Perez Clobbered His Way Back

Salvador Perez beat both Carlos Carrasso and Jose Ramirez to the American League leg of the award.

The Kansas City backstop missed out on the entire 2019 season after undergoing ligament reconstruction, also known as Tommy John surgery. Despite his long absence, Perez hit .333/.353/.633 with 11 homers across 37 games. The 30-year-old did all of this while at the same time continuing to act a true stalwart on the defence.

During September’s rout of the Cardinals by the Royals, Perez homered twice and drove a total of five runs, helping his squad to a 12-3 victory. He literally clobbered both of his homers, with a two-run shot during the first off Carlos Martinez, and a three-run badger off Martinez in the third making up his surprise parcel for the day.

Perez is only the second Royals player to win the MLB Player of the Year award. The first was won by Mike Moustakas in 2017.