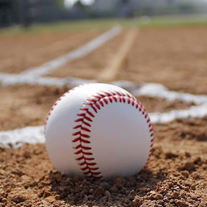 Scott Boras, who has earned a reputation for himself as one of the top agents in baseball, has taken a big issue with Major League Baseball (MLB). He has stressed that because the organisation is cracking down on grip-enhancing, or sticky, substances, it should provide clearer, more structured guidelines compared to what is currently available for players to review.

Mr Boras represents some of baseball’s top pitchers, including Carlos Rodon, Max Scherzer and Gerrit Cole. The agent said that completely doing away with sticky substances, something that has been permitted for several years already, will create a big problem for MLB. However, the firm recently announced that any pitcher or player caught with any kind of sticky substance will be subject to a 10-game suspension. This new guidance will take full effect from Monday.

The decision to ban sticky substances has been met with mostly negative reactions from players and agents alike. To completely abolish gripping agents aside from rosin creates a major issue as all current MLB pitchers were taught to contrqol the baseball with the use of gripping substances. These were lessons that were taught to them by their MLB teams. Without them, players will be entering into unchartered territory.

Mr Boras expressed his frustration at this decision by stating that suggesting the use of pine tar on bats by the very same players that play on the defence truly makes for an umpire’s conundrum. If a pitcher hits using pine tar and is suspended for using the substance on the baseball, or if the position player with pine tar on his throwing hand from earlier on in the game transfers it onto the ball, then both the position player and the pitcher will be placed on a 10-game performance ban for using a perfectly permissible substance. This, he says, is how the grey divide continues.

Boras Not Alone In Fight

Scott Boras is by no means alone in his disagreement with the MLB. In fact, he simply added his voice to the chorus of voices that have already publicly-voiced their issues with the latest guidance from by MLB. Brandon McCarthy, a former pitcher, suggested that MLB had numerous clubs over the years that have taught pitchers to use gripping agents.

He argued that MLB has already established a custom and a practice in which gripping substances were allowed. Now, however, this quick decision to ban them represents an unfair one. Instead, the legislation should have been slowly introduced as opposed to suddenly just issuing a blanket ban.