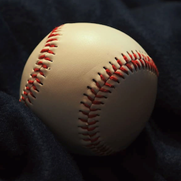 Pete Alonso, the New York Mets slugger, has spoken out and accused Major League Baseball (MLB) of manipulating baseballs. He said that the organisation does this in order to harm the earning potential for star free agents and players who are eligible for arbitration.

The player made these comments on Wednesday shortly before the Mets’ game at Baltimore. He was responding to a question about the latest crackdown on sticky substances used by pitchers.

To date, MLB has not commented on Alonso’s claims.  In February, the association informed teams that it was planning to slightly deaden the baseballs for this year’s season. This followed a years-long surge in home runs. In 2019, 3.6% of plate appearances resulted in a homer. By this year, the number had dropped to 3.1%.

As a rookie in the 2019 season, Alonso hit 53 home runs. Last year, the player reached 16 home runs in 57 games. He scored another one in the first inning on Wednesday, marking his tenth of the season so far.

Following the 2019 season, player Gerrit Cole landed a nine-year deal with the New York Yankees valued at a shopping $324 million. This marked a new record for a pitcher in terms of the deal’s total value.

Alonso Remains Firm On His Stance

When asked to clarify his comments, Alonso remained firm on what he had said. He added that he believes it to be a huge issue because the baseballs are different every single year. Alonso also suggested that if the league didn’t keep changing the baseball, then perhaps pitchers wouldn’t even need to use as much sticky stuff as they currently do. He also implied that the baseballs tend to be friendlier to hitters when a number of top pitchers are due to hit free agency.

According to Alonso, players have spoken out about this issue numerous times before. While last year was a strange one due to the ongoing global health crisis, the league is now back in full force. The player said that despite MLB trying to control the baseballs, he sees other players throwing harder and harder each day.

Alonso added that hitters have plenty of options to help them with their grip. He added that in their on-deck bags alone, most hitters will have a pine tar rag, a pine tar stick, and a special sticky spray, to name a few