MLB Hatches A Plan To Level Out Home Runs 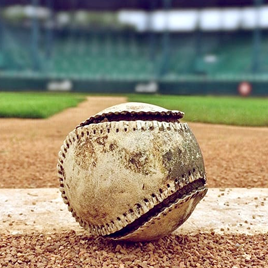 The MLB is hatching a plan for making several small changes as it tries to prevent extreme year-on-year fluctuations in the home run rate. And it will have everything to do with the baseball.

A report by Ken Rosenthal and Eno Sarris last week commented on a memo issued by the league to its front offices. The memo outlines just some of the proposed changes earmarked by the MLB – all of which intend to deaden the ball and drive down the number of home runs scored per season.

The report by Sarris and Rosenthal provides details about a ball produced by Rawlings for use in late 2019/early 2020. According to a memo from the office of the commissioner, the Rawlings-produced baseball had wool winding that had been loosened, thereby creating less tension. This change had a double-barrel effect – not only did it reduce the actual weight of the ball by a little under a tenth of an ounce, but it also caused a decrease in the bounciness of the baseball.

This ball acted very differently to one created by the Korea Baseball Organisation for 2019, which ball had resulted in a significant reduction in home runs – as much as 33 percent. Interestingly enough, the Korea ball had been adjusted in such a way that it had emerged heavier than the Rawlings ball, which is the exact opposite of what the MLB’s memo proposes, which is to reduce the weight.

The Goal Is Consistency

But weight isn’t the only issue on the table.

In addition to chancing the physical diameter of the ball, the MLB also announced that five more teams will henceforth be storing their baseballs in a humidified environment.

Storing baseballs in humidors instantly drive down the home run rate – as evidenced by the Diamondbacks, Red Sox, Rockies, and Mariners, who all already store their baseballs in humidors. The additional five teams about to be instructed to go the humidor-route have not yet been named by the league.

The ideal situation will be for the changes to the parameters and holding conditions of the balls to bring the home run rate back around to what it had been during the period 2016-2018, when it fluctuated between 1.15 and 1.16, with the only exception during that time 2017’s 1.26.

The danger to toying with things like weight and environment are obviously the possible effects on offense – something the MLB admitted for the first time in 2018.

Even so, everything considered, hats off to the league for making its first public efforts to create home run rate consistency.