MLB Home Run Derby Proves To Be A Must-See 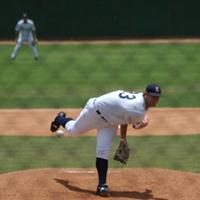 Major League Baseball events are well known for being packed with fun and nail-biting excitement for players and spectators alike. The recently held Home Run Derby has once again proven that this is indeed true. Every year, the event is rightfully hailed as one of the world of sport’s biggest must-see happenings that the MLB has to offer. On Monday night, the fanfare in the Coors Field held a pulpable buzz in the air as Pete Alonso won his second title in a row.

What Made The Event So Special?

Monday’s event was filled with highlights, one of them being Shohei Ohtani being eliminated within the first round. Juan Soto was able to offer up a big number, while Ohtani struggled early on in his turn. However, he was soon able to flip the switch and force a swing off. This was followed by another swing off, which saw him taken out as Soto went three for three.

During last year’s event, Trey Manini was battling cancer. This year, he was able to take down Matt Olson, as well as Trevor Story, as he made a run to the finals. Mancini almost won, too, as he put up an impressive 22 in the final round.

Prior to all of this, excitement filled the air as the first two matchups were decided by a single home run. The second batter chased a big number but unfortunately, came up just shy. Olson went on to hit a home run distance but missed it foul by just a few feet. Story was also able to take down Joey Gallo, who had been marked as one of the favourites.

A Big Change From Past Events

As exciting as MLB events have come to be over the past few years, it is worth noting that the Home Run Derby in particular needed fixing quite badly up until about a decade ago. By 2014, the Derby had become little more than a tedious slog that saw too many players watching too many pitches. In fact, the likely ratio of pitches to swings was roughly five to one. The Derby at that stage was far from exciting.

In 2015, as the All-Star break in Cincinnati was approaching, MLB finally announced that the Derby would take a new format. This format would, for the first time, include a clock. This new format was able to transform the entire event into the gem that it is now known and loved as throughout the baseball community.

Bet on MLB games online. Choose a top sportsbook and sign up!