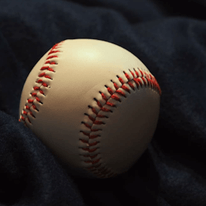 The MLB player regarded one of the toughest right-handers that ever lived, Stan Williams, has died. Williams passed away at the age of 84, and died on Saturday morning at his home in Laughlin, Nevada.

The “Big Hurt” had been hospitalised and in hospice care since February 11 due to health challenges faced as a result of the effects of cardio-pulmonary illness. The MLB announced the passing of the Major League pitcher and former pitching coach late on Sunday afternoon.

Hitter Of The Hitters

Stan “the Big Hurt” Williams earned his famous moniker by employing scare tactics with his inside fastballs that were known to hit the occasional hitter. A right-hander known for his ability to pack a punch into his fast balls, Williams pitched in the Majors from 1958 – 1972. He would eventually be given his famous nickname by the many hitters at the receiving end of his hard-throw magic.

Williams made his MLB debut with the Dodgers, and did so during the team’s own inaugural season in Los Angeles, following their relocation from Brooklyn. He very stoon became an nearly instant instalment in the rotation that also included Johnny Podres, Don Drysdale, and Sandy Koufax.

The intimidating pitcher, although still mainly a reliever in 1959, would ultimately go on to help the Dodgers win their very first World Series in L.A. by defeating the White Sox across six games. Williams’ most notable season as a Dodger would however come to pass in 1960, during which year he posted an ERA of 3.00 over a rating of 207 1/3 innings. This performance saw him named an NL All-Star.

Williams eventually got traded to the Yankees in return for Bill “Moose” Skowron shortly after the Dodgers’ campaign of 1962. He would go on to play two full seasons for New York before pitching for the Indians for four years between 1965 and 1969.

Cleveland then traded him to the Twins during the lead-up to the 1970 season, during which time he posted a 1.99 ERA over a total of 68 relief stunts. His time with Minnesota was however short-lived, as the Twins during the very next season traded him off to the Cardinals, where he would pitch in only three games before spending his last season as a player with the Red Sox in 1972.

The legendary pitcher is survived by his son Stan, daughter Shawn, brother Jim, and several grandchildren and great grandchildren.