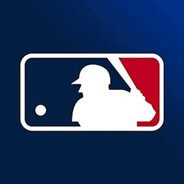 The MLB is suing its insurers, saying it merely wants what it’s been paying for year after year. According to a lawsuit filed by the league in October, insurance providers are refusing to honour their obligations, which is to cover the multi-billion dollar losses suffered by the sport due to the global health crisis.

Filed in Alameda County, California, the lawsuit cites all 30 major league teams, the baseball commissioner’s office, the league’s digital and streaming division, the MLB Network, and league tickets seller Tickets.com among its list of plaintiffs.

According to the averments made in the documents filed by the league, the MLB chose to purchase all-encompassing All Risk policies so as to properly protect the sport against major economic losses, should catastrophe ever occur. For these top-shelf policies, the league says it deliberately paid millions in premiums, only to now be publicly shown the door by the same insurers who year after year accepted those payments.

Baseball has traditionally shown itself to be a common glue that united Americans, claims the suit, with fans at the very core of the sport and of its financial survival. Without fans in the stands, and with only a small number of fans permitted to attend this year’s National League Championship Series and World Series, the league says it now finds itself in dire straits.

Teams rely on ticket sales, parking fees, merchandise sales, concessions, and broadcasting deals for day-to-day revenue and for survival, none of which have been forthcoming in 2020, says the suit.

MLB Believes It Has A Case

The MLB says it strongly believes that the losses suffered as a result of the crisis are fully covered by the terms and provisions of its insurance policies. It also says that it is confident in its conviction that the court and members of the jury will agree with this position.

Clubs cancelled more than 1,500 games as a direct result of the crisis, all of which ultimately led to the shortest regular season on record in the history of the MLB. Instead of the usual 162 games played between late March and early October, the shortened 60-game season could this year only get underway in July.

American International Group (AIG), Interstate Fire and Casualty Company, and Factory Mutual are reportedly some of the insurers appearing on the lawsuit’s list of defendants.