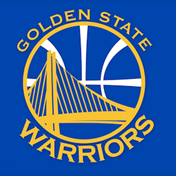 Steph Curry of the Golden State Warriors has reminded the NBA world that he is a force to be reckoned with. He managed a staggering 62 points in a match against the Portland Trail Blazers, more than doing his part to secure the victory. The game ended 137 – 122, due in large part to the star players outstanding performance.

More to the point, the victory will go a long way in helping the Warriors recover from what has so far been a lacklustre effort in the season. The numbers for the season now stand at 3-3, including the latest victory.

The 62 point statement will certainly help in silencing critics, many of which have not been holding back. The Warriors, and Curry in particular, have been lambasted for their performance in the season so far, with many calling their time on the court sloppy at best. The match just 2 days prior saw the Warriors get steamrolled by the Blazers, seeming to indicate that they would be having an embarrassing season.

But, within the opening quarter against the Trail Blazers, Curry had already racked up 21 points, putting the team ahead. It was a lead that the team managed to hold until the final quarter.

Watching Curry score the points, however, was like witnessing an NBA prodigy that had been unshackled for the first time. The ball was dribbled through defence lines with apparent ease, and as 3 pointers were scored from a variety of positions, it appeared as if the Trail Blazers simply had no adequate response.

All in all, he shot 18 of 31 on the night, which includes 8 of the 16 taken from deep. Add to this the 5 rebounds and 4 assists, plus the fact that he was plus 20 over 36 minutes, and there really is no question that the man was firing on all cylinders.

As far as free throws are concerned, he managed 18 out of the 19. It should be noted that the single miss put an official end to his free throw streak, which was finally halted at an incredibly impressive 80 of 80.

Looking at other members of the team, only Wilt Chamberlain, Ricky Barry, and Klay Thompson have also managed over 60 points in a single game.

Even still, speaking on his own behalf after the win, Curry was modest about his incredible contribution. He stated simply that with every match the team was progressively getting better. He concluded by declaring that it was all about just taking the shots, landing them, and allowing the game to open up.