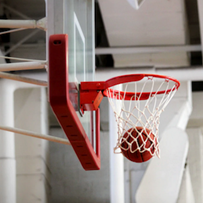 Cashflow is a major problem for the NBA right now. This due to a year that saw billions of dollars in revenue lost over limited games played and no fans permitted to attend in-person at stadiums. Even worse yet is the expectation of fans only being allowed to make a return to live spectatorship much later in the year – leaving the league fearing the worst in terms of even more revenue about to go down the drain.

All of the above has reportedly left the league grappling around in the dark for possible solutions that might set it on a path to at least partial financial recovery. And according to a prominent big-media sports broadcaster, one of the possibilities being considered at present is expansion.

According to a recent report by a prominent sports writer, while the league has not yet fully committed to expansion as a possible way out of financial peril, the idea of expansion is high up on the agenda – and with an exorbitant price tag to boot.

The NBA is rumoured to have slapped a $2.5 billion price-tag a piece on two available expansion offers – with interest and multiple offers reportedly already received from various Seattle and Las Vegas-based parties.

Not surprisingly, such a price tag would in fact represent the highest ever asking price for a professional sports team in the history of North American pro-sports. And that the Brooklyn Nets ($2.35 billion) and the Los Angeles Clippers ($2 billion) have both previously changed hands for a smaller price tag dumps a generous helping of perspective on the matter.

Expansion fees have however historically been known to be inflated as a rule – case in point being the most recent expansion fee paid by the then-Charlotte Bobcats in return for the privilege of making their debut entrance into the league.

Many reasons could be cited for why this has traditionally been the case, with the most simplest explanation being that of a lack of existing financial “baggage”. New league additions are considered debt-free, bias-free, and in a positive position of literally starting over on a clean slate.

If the league does end up going ahead with expansions as planned, such a move would award to each current NBA team a $166.7 million cash injection – money most teams are currently in desperate need of.