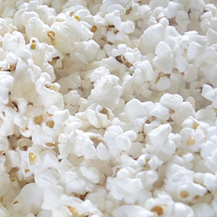 Un unfortunate popcorn-throwing incident caused a grand commotion during a recent game between the Washington Wizards and Philadelphia 76ers.

At the receiving end of the popcorn-throwing fan’s wrath was Washington points guard Russell Westbrook, who had to be restrained by security guards after he got showered in salted white fluff during his side’s 120-95 loss at the hands of the 76ers.

The incident took place just as the points guard was leaving the court with an injury to the ankle.

Westbrook explained his indignation at the fan and incident by saying that he wouldn’t go about throwing popcorn on people’s heads in the street, as this could only lead to an altercation.

Also recently suffering abuse from fans had been Atlanta Hawks guard Trae Young, who got spat on during Atlanta’s play-off at the NY Knicks’ Madison Square Garden in New York. The Knicks have subsequently banned the spitting fan for an indefinite period of time – this during the Knicks’ first win in the playoffs in all of eight years.

The team said that it had investigated the incident, which investigation led to the discovery that the fan had indeed spat on Young. Since the fan isn’t a season ticket holder, he’s now indefinitely banned from attending any events at Madison Square Garden, the Knicks confirmed in a statement.

The team also once again reiterated that no incidents of this nature will be tolerated at their home venue, and that the fan’s information has now been handed over to local authorities.

The popcorn-throwing culprit has also in the meantime been banned indefinitely from all events staged at the Wells Fargo Centre.

Westbrook in his commentary following the unsavoury incident said players required protection from fans while playing in arenas. He added that it would be a game of wait-and-see as far as action by the NBA is concerned.

The popcorn was dumped over Westbrook’s head from above the players’ tunnel as he left the court with only 10 minutes left on the clock for the fourth quarter of the game.

Philadelphia president of business operations has in the meantime spoken strong words in response to the fan’s behaviour, calling it unacceptable, and not the kind of behaviour that will be tolerated at the arena.

The defeat means Philadelphia now leads 2-0 against the Wizards in the Eastern Conference playoffs.